By: The Pick Brothers Band –

Day one of our Ontario tour! Woke up at home, put on some coffee and played a few songs to get our blood flowing. Finished just in time to tear down, pack the van and play a little bit of basketball before hitting the road to Waterloo. Got the routine Tim Hortons stop in and battled some rough traffic around Cambridge but mostly the trip was a breeze.

When we got to the venue we spent some time catching up with old friends in Jackets and Flowers For Daniel, the two bands sharing the bill.

We got our soundcheck out of the way, grabbed some food and then hung around the venue and played some tunes in our dressing room.

Around 9:30pm we got on stage to play. The crowd was great and we sailed through some old songs and some brand new ones. Everything went pretty well for the first night! Jackets and Flowers played great sets and we were feeling stoked to be sharing the stage with a couple of the best bands in the area.

After the show we met a bunch of cool people, sold some merch and took some pictures before we packed our gear back into the van and finally said our goodbyes. 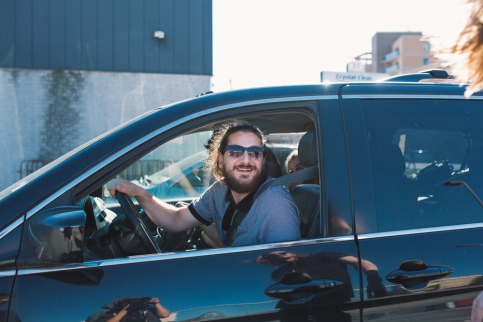