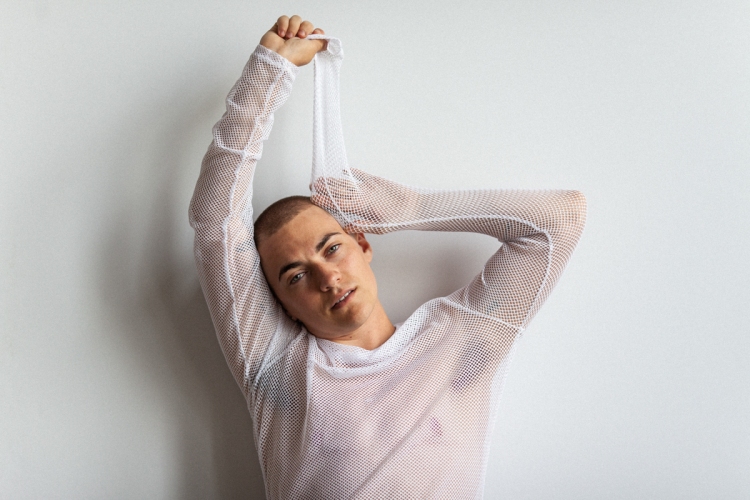 With over a decade of experience in the music industry, multiple award nominations, and international recognition at just 25 years old, T. Thomason is a force to be reckoned with. In 2016, after releasing his EP, Sweet Baby, Thomason and producer Dave Henriques (Justin Nozuka / Iskwé) embarked on a new collaborative journey developing the fresh pop sound on his recently released debut self-titled full-length record.

The year leading up to TThomason’s album release saw him winning an episode of hit music reality TV show, The Launch. His launched single “HOPE” reached #4 on the Canadian iTunes Pop chart, #11 overall and cracked Canadian Top 40 Radio. With his ever growing public platform, Thomason is more than ready to dive deeper into his story with fans old and new.

Thomason’s new single, “King Of Spades,” is originally a track from his self-titled album. It’s slow and spacey with an enveloping white-noise element. This is a reimagined version with Rose Cousins adding a brand new second verse, and wonderful vocal interplay throughout.

“I’m so excited to present this Nova Scotia Strong playlist, which features a whole bunch of my favourite NS musicians,” said Thomason. “This theme was inspired by the response to the shootings which took place in our beautiful province recently. It’s been amazing to see the community support in the face of such a horrible thing. From livestreams, to Facebook groups, to CTV’s televised vigil to remember the victims while maintaining social distancing, Nova Scotia is doing what is so intensely built into our DNA – coming together, particularly in song. I’d like to point anyone reading to the East Coast Lifestyle “East Coast Strong” merch – 100% of the proceeds will be donated to the families of the victims. I hope you enjoy the sweet sounds of some of my fave east coast voices.

1. “King of Spades Part II (ft. Rose Cousins)” – T. Thomason: I was so excited to do this collaboration with Rose. She’s not only one of my favourite East Coast singer/songwriters, but one of my favourite Canadian singer/songwriters. The Part II Project is reimaginings of tracks of my most recent record featuring artists who have been supporters and mentors of mine over the last few years. Rose has always been so generous with her time and advice – and that’s exactly what makes the east coast so strong, in my opinion. People’s willingness to help each other, their willingness to take time with each other.

2. “Hold Me (ft. Frank Kadillac)” – Ria Mae: Ria did a “Nova Scotia Strong” Instagram Live and asked NS musicians to sing a tune (many of whom are featured here). She sang Hold Me, and I just couldn’t get over how perfect it was. I needed it that day, and I had it on repeat for the week after. It feels like a hug from a couple lovely pals.

3. “I See Morning” – Jennah Barry: I have been obsessed with Jennah Barry since her 2012 release, Young Men. She’s such an incredibly talented writer, he voice is gorgeous, the production is lush and beautiful and pure. This tune is off her most recent release, Holiday, which is everything I could have asked for and more in terms of the next step in her sound. “I See Morning” reminds me of early James Blunt and Illinois-era Sufjan Stevens, and then of course that undeniable Jennah Barry thing. The arrangement is exciting and interesting, features so many different textures which tickle your ear, but it’s also so smooth and cohesive, really relaxing for when you need a tune to bring your heart rate down and a smile to your face.

4. “Your Pretty Fault” – Steven Bowers: This is a throwback to Steven’s 2009 album, Homing, which was the same year my very first album came out. I was 14 and it was the first summer that I was playing the Stan Rogers Folk Festival in Canso, NS. Steven was on the same songwriter’s circle as me, and I was a huge fan of his songs and his kindness to a lil kid who’s guitar was probably bigger than them haha. Steven signed a copy of his album and gave it to me (I feel like I have a memory of him running after my mom’s car to get it to me… who knows if that’s accurate), and we played THE SHIT out of that record anywhere we went. My highschool life was a lot of road trips to gigs all over the province, and this album holds a lot of those memories. I love all the songs on it, but “Your Pretty Fault” was particularly moving me the last few weeks as I’ve been missing home. “There is something good that will carry me through, the thought of me waltzing in the kitchen with you”

5. “Good News (ft. Breagh Isabell)” – Classified: Hands down my favourite song to come out of Nova Scotia, heck, Canada, in the last few weeks. Breagh’s voice itself is good news.

6. “Turn Back Now” – Neon Dreams: The boys in Neon Dreams have always been amazing reps for Nova Scotia. They are so positive, so community minded, and it’s a really beautiful thing to watch unfold and spread to their fans. They played this tune on Ria’s NS Strong livestream. It was the first time I’d heard it, and I was hooked. If you need a positive message these days, put this banger on and turn it UP.

7. “Come Away With Me” – CAMERON: Okay, maybe this is cheating but I’m slightly lumping the next three together. CAMERON, Hello Delaware, and Mo Kenney are not only some of my favourite NS artists, but they’re also some of my favourite NS buds. I’ve felt really lucky at so many points in my life to know them, but especially over the last few weeks. I’m in Toronto currently, and it’s been so lovely and uplifting to feel connected to home through the group chat we’re all in. These humans are fantastic musicians and songwriters, but they’re also hilarious and kind and loving friends. Hearing their tunes back to back makes me just swell up with happiness and pride.

8. “We Were the Ocean” – Hello Delaware: “Let’s get lost down by the water, and drink a bottle of wine” – there’s nothing more Nova Scotian than that, really.

9. “Eden” – Mo Kenney: I love this tune of Mo’s because the vocal is so front and centre. Mo’s voice has such beautiful little pockets and textures that you get to absorb in this tune. You can hear the fingers on the guitar strings. Kind of ASMR vibes? I dunno, it’s relaxing.

10. “Love Comes Back” – Rose Cousins: Obviously, we had to come back around to Rose Cousins and wrap up the playlist on this beautiful note. As I was walking around the city putting this list together, I came upon a vase at the end of a driveway that said “Take a rose, have a great day.” So I did, and I took it as a sign: Love comes back in all kinds of forms. This tune helps me remember and stay open to that, even when things feel dark and hellish. I’m lookin at the rose in a water glass on my desk as I type this. I’m feeling thankful for things that continue to bloom, without a care. I’m feeling thankful for friends who continue to dig into themselves and share what they find.