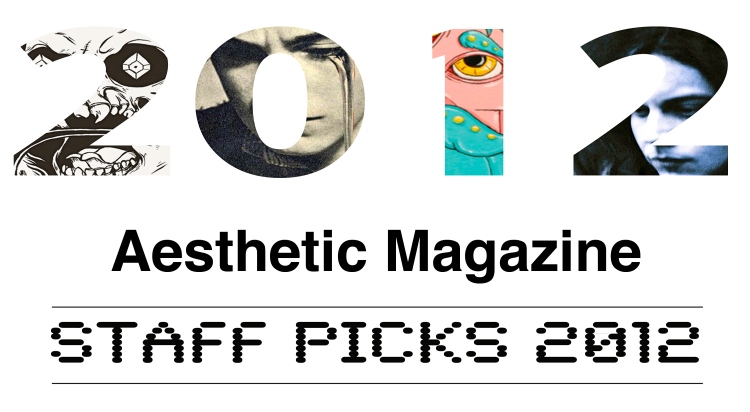 Rather than be mean-spirited, we thought we’d each have our say of what we think are the five best songs, albums and concerts of 2012. Of course, our picks may not exactly reflect your opinion, but that’s what our comment section is for.

I can’t get enough of this band. Their new album Sorry is a classic and this is by far is the best song on the album; also my personal choice for song of the year. Guitar shredding and grungy vocals, “I want to warn you, I’ll come back to warn you. Take the bag because I’m not waiting here. I don’t want to waste it,” make for an original song with a very raw sound.

We need more ska in the world. The fact that the Mad Caddies decided to re-vamp and re-released this 1997 classic off of Quality Soft Core raises my hope for some new ska in this generation. This song has faster guitar and more trumpet/sax for your ska listening pleasure. The band is currently still working on their new album and plans to have it out next year.

This original contemporary band is planning to release a documentary, Song Dynasties, which will include never before seen footage from the band. Alongside that they have released Young Froth/Taypiss, a collection of some of their earliest music. The intriguing yet calming melodies from of Montreal combine to make a relaxing track, which make listeners excited to hear more unreleased content.

The perfect summer campfire tune; not only does it make you feel good, it makes think of those who really matter. The whole EP from this band has a beautiful folk sound without over doing the typical guitar twang.

Some bands will never change, and these guys are one of them (I’m not complaining). NOFX’S Self Entitled is what you would expect from these guys after playing together since 1983. It’s the fast paced guitar and drums and silly lyrics, “Fatty, Fatty. The world can turn pineapple upside down cake…Fatty, Fatty. There’s no place for the fattest man to hide out,” that make this song such a hit and a reminder to not take things so seriously all the time.

“I ran down the road/pants down to my knees/screaming “please come help me, that Canadian shaman gave a little too much to me!”/And I’m writing a novel/because it’s never been done before.” With this hilarious opening line of Father John Misty aka Joshua Tillman’s “I’m Writing a Novel,” it secures a top spot as best song of the year. In a Jack Kerouacian like tune, with a few nods to The Beatles’ “Paperback Writer,” lyrically, “I’m Writing a Novel” is all kinds of fun while musically, Father John Misty have retro sounds revisited down pat.

Really? A theme song from a movie by a top 40 artist? Absolutely! Arguably the most talented songstress of this generation, Adele brings back a classic Bond sound for the latest James Bond movie, Skyfall. 007 aside, with its gorgeous crescendo ushering in an equally breathtaking chorus, Adele’s “Skyfall” shows listeners that she is far from being done wowing the world.

One of many highlights from Kathleen Edwards’ Polaris Music Prize nominated record Voyageur, “Change The Sheets” is a pure breath of fresh air with every listen. Capturing not only the change in the musical style of Edwards, note the bouncy synth opening, but lyrically “Change The Sheets” showcases the emotional transformation, and an honesty that shines throughout the record, that she has gone through following a divorce.

Half of Australian brother-sister folk duo Angus & Julia Stone, Julia Stone’s “It’s All Okay” is everything that’s great about her record from which it comes from, By The Horns, wrapped into one outstanding track. Propelled forward by the thunderous drum inclusion, the dark atmospheric tone of “It’s All Okay” is made only darker, more bitter, and more better, by Stone’s charming vocals. A little heartbreak goes a long way in “It’s All Okay” for this year’s highlight.

Though Husky’s Forever So is generally an underwhelming album, the newest member to Sub Pop records, and first Australian band to sign with the illustrious label, have some pure standouts with their record. Thanks to its delicately placed vocals and a beautifully lush folky instrumental build, album closer “Farewell (In 3 Parts)” is an exceptional song for a band that could easily become something huge.