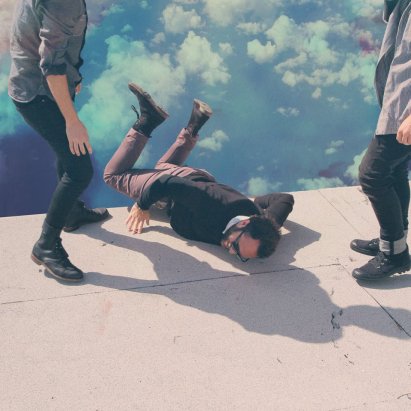 From their humble beginnings in 2009, Los Angeles indie rockers Local Natives have come a long way. Self-funding and producing their first record Gorilla Manor that same year, the album showed a real sense of youthful energy amongst the five-piece band. With their second major release, Hummingbird, Local Natives present a new sense of maturity in their music – offering up a very strong effort which shows that any sort of ‘sophomore slump’ is non-existent.

The band draws us in with the sultry, dreamy feel of opening track “You and I,” complete with slow, grooving drums and almost operatic vocal stylings of frontman Taylor Rice. This atmospheric, airy style plays into a wealth of other tracks on the album as well – notably on cuts such as “11:11”, “Ceilings”, and “Breakers”. Hummingbird can, at times, also be a very dynamic record, priding itself on rising and falling volumes and sensible arrangements. Tracks such as “Colombia” and “Bowery” start in a very quiet and lush manner, before gradually building into powerful, heady pieces.

The group also brings a newfound sense of improvement with regards to playing their respective instruments. Drummer Matt Frazier’s work behind the kit is consistently crisp and clean, offering up technically sound performances on all tracks no matter how complicated the rhythms may seem. Ryan Hahn’s contributions on keyboard do an exceptional job of adding an extra dimension to the sound and atmosphere to the record. “Black Spot” is a piece built entirely around a delicate, yet dissonant, frenzied piano line from start to finish. The vocal harmonies the band incorporates should also receive mention, layered to perfection as they rise up overtop of their exceptional instrumental ideas. The guitar work from Rice, Hahn, and Kelcey Ayer also stand out in a number of places across the record, most notably on the track “Black Balloons”, which sees the six-string players lay down a very Bon Iver-esque hook.

Hummingbird stands up as an early indie surprise in 2013. While most young bands struggle to take their sound to new heights with each album cycle, Local Natives have no problems in bucking this trend.