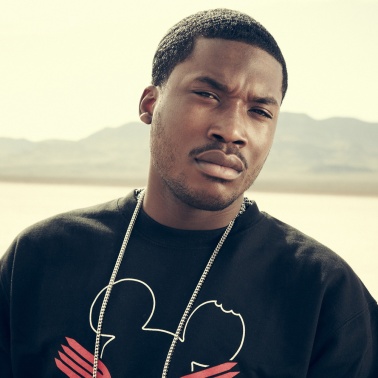 It looks like Toronto will be getting an early gift this holiday season when Meek Mill rolls through town for the second time this year.

The Maybach Music Group rapper and CEO of Dream Chasers Records will be performing at the Kool Haus on December 20th in support of his recently released mixtape, Dreamschasers 3. This installment of Meek Mill’s Dreamchasers series is packed with features from Rick Ross, Birdman, Nicki Minaj, Jadakiss, French Montana, and Cory Gunz as well as appearances from Omelly and Louie V Gutta, who are both signed to Dream Chasers Records.

Dreamchasers 3 is one of Meek Mills’ most self-reflective outputs that contemplate his position as a mainstream artist and difficult upbringing in Philadelphia, Pennsylvania. A highlight includes “Lil’ N**** Snupe”, an ode to the eighteen year old Dream Chasers artist Lil’ Snupe who was murdered this past June that reflects upon the circumstances of his death. This mixtape also showcases Meek’s growing ability to balance the club banger sound that shot him into the spotlight with his skillful lyricism that garnered him attention years ago.

Fans will also surely be treated with other favourites from his already well-developed catalogue, including “Ima Boss” and “Believe It”, and hopefully some new material from his to-be released sophomore studio album, which is due out next year.

Meek Mill performed in Toronto in February this past year at Luxy Night Club for his Dreams and Nightmares tour. Fans came out in hoards to support the MMG rapper for his very first show in the city, making a significant impression with their passion and enthusiasm that could not be contained at Luxy. Given that Meek Mill will be performing at an even larger venue with a set sure to be packed with new material in front of a well-established Canadian fan base, things are sure to get crazy at the Kool Haus, making it one of the last few shows of 2013 that you will not want to miss.