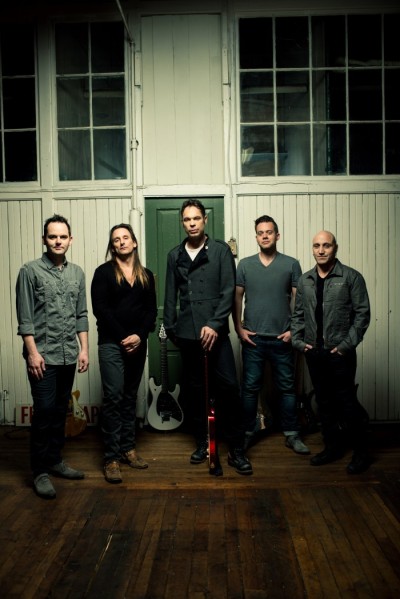 n his 17 years in Big Wreck and his own, eponymous band Thornley, Ian Thornley has watched his albums become a fundamental part of the Canadian experience. With Big Wreck’s latest album Ghosts, the band has shown a penchant for evolving, but also keeping their best parts in tact. This weekend’s JUNO awards has them nominated for Rock Album of the Year, not to mention super producer Eric Ratz’ nominations for best production and sound engineering for Ghosts. We talked to Ian about how he’s grown as an artist, his place in Canadian music and the politics of award shows.

This isn’t the band’s first Juno nomination. What crossed your mind the first time you were nominated?

The first time we got nominated, it was for the first Thornley album. I remember being really sure of myself that time, and then… we didn’t get it. Same with the Albatross album. We were sure it was going to happen – especially because wewere nominated for 2 or 3 awards – and it didn’t happen. With the JUNOs, I know it’s a bit of a cliché to say ‘it’s nice just to be nominated’ but it really is. People giving actual awards for art – it’s really amazing when you think about it. It’s also easy to get cynical and jaded when you DON’T win, but at this point it’s really great to be acknowledged.

What’s your reaction to your nomination for Ghosts?

We’re really thrilled. I think this year’s going to be really special for me because this year I’m hoping to bring my (11 year-old) daughter as my date. It’ll be cool to see how this little kid interacts with all these rock stars.

What do you think makes Hamilton a great place for the awards this year?

I have a place in my heart for Hamilton. It’s always been an amazing town to stop in, but more than that, we all have tons of friends who live there. In fact, our bass player’s from there. It’s also become its own unique artistic community. Artists who want to be artists but just can’t afford to live in Toronto can really make that happen in that city, so I think that’s why you see all these great bands coming out of there now.

Artistically, how have you changed since your first nomination?

I think I trust my instincts a little more these days. The less I care about what people think, the happier I end up with the final product I create. And I’m not saying that in any kind of cocky way, but with experience in this business comes more confidence, so I’m just not second guessing myself when I’m writing anymore, and because of that I’m much happier personally, and I think we’re happier as a band too.

You’re participating in songwriter’s circle this coming weekend. In speaking with your peers in the industry, how is your song writing process similar/different from theirs?

I think that songwriting is a craft. It’s a job. For some people, the only way to really do it is to treat it like a nine-to-five. Come in at 9 with your coffee and have your ideas splayed out on a white board. Even if the song’s about getting drunk – that’s what it’s about. You build up the idea based on word association. It’s a super productive way of going about it – and I have worked like that before – but personally, I don’t find it to be the most inspiring way to go about things. I like to write the music around the lyrics, not hinge the song on a theme or a topic, because then everything becomes lyrics-centric. And you know, that approach works for me as a performer who’s only writing my own stuff. There are plenty of songwriters out there who write their own material, but then also write other people’s material and the approach I’m describing doesn’t make as much sense. There could have been a completely different process at play for “Come on Barbie/Let’s go party”

I would have given anything to be a fly on the wall during Aqua’s songwriting sessions.

Seriously though, there was probably something to it. Maybe they were working with “Let’s go Barbie/Let’s go party” and struggling with that till they came up with “Come on Barbie/let’s go party.” Sometimes it’s the songs that sound the most effortless that merit the hardest work. 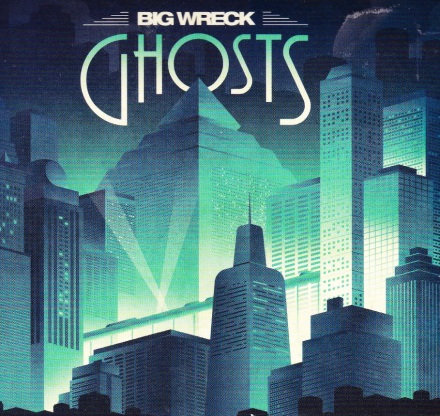 Big Wreck’s newest album “Ghosts”, was produced by Eric Ratz (Billy Talent, Danko Jones), and is nominated for Rock Album of the Year at this weekend’s JUNO Awards in Hamilton.

Ghosts is your second album with (fellow nominee) Eric Ratz. He’s also a huge success with bands like Billy Talent and Danko Jones. What makes him such a versatile producer?

Eric’s just an incredible sounding board, but more than that, he’s a great friend. He really understands the aesthetic and atmosphere of the band and how to get the most out of them that way. He’s able to look at your ideas from angles you didn’t even think of, which is constantly expanding your horizons creatively. And of course, if he likes what you’re doing, he will let you know. He’s the ultimate rock cheerleader and it’s just incredible to be around.

Awards shows are given a lot of flack for their choices. What do you think the disparity is between what an award show is supposed to accomplish for an artist, and what it actually accomplishes?

Beyond acknowledging what a small group of people think the best music is, I don’t know what awards shows are supposed to accomplish. I mean, as musicians, we all have that moment where either we or some artist we know doesn’t get an award and we say “well they got snubbed” but that’s not so much reflective of any kind of objective truth. It’s all a matter of personal taste. And even if someone did get snubbed, what did it actually do to them? Remember the year Jethro Tull won a Grammy everyone thought should go to Metallica? Did it make/break them? Those guys are billionaires.

Should the JUNOs be more about internationally successful artists, or up-and-coming artists? How can they find a balance?

It’s got to be tough to find that balance on the show. There’s only a small group of artists who’ve found that level of fame; Drake, Bieber, Celine Dion, Nickelback. You want to celebrate their fame too, right? But at the same time, it’s important to expose people to acts they haven’t heard about yet. But hey, if Shania wants to come up and party, the more the merrier.

From the outside looking in, it feels like international success is a major benchmark of success for Canadian artists, but fans have wound up resenting some artists who’ve garnered too much success abroad. Why do you think that is?

I think it’s something inherent in Canadian culture. My father used to call it ‘tallest poppy syndrome’, where people see the artists who’ve grown beyond the rest of the crop and feel the need to chop them back down. I feel it in myself sometimes and I think it’s immature. We should be embracing the artists who’ve managed to hit that pinnacle, not giving them shit for it.

Thonley was on 606 (Chad Kroeger’s label) for a while. What would you want Nickelback’s critics to know about the band that they probably don’t?

Nickelback may not be your cup of tea, but love them or hate them, Chad (Kroeger) really knows how to craft a tune. The guy understands the creative process, he’s dedicated to it and whether you know it or not, the guy has a very thorough understanding of what makes a song work. And between you and me, hating on those guys is so commonplace now, I think the real punk rock thing to do is to LOVE Nickelback.