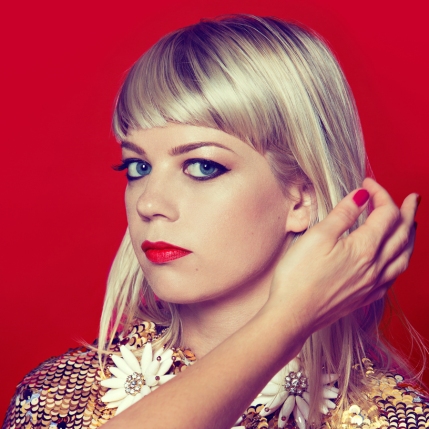 The story behind Basia Bulat’s fourth studio album, Good Advice, goes like this: the London, Ontario chanteuse literally put a rough breakup in the rearview mirror by jumping in her mom’s car and driving 600 miles to Kentucky, where she and producer Jim James (vocalist of My Morning Jacket) would put Good Advice together.

That’s important, because chief among Bulat’s wealth of talents is what she does with tragedy and loss. With her last album (2013’s Polaris-shortlisted Tall Tall Shadow), each song combined a palpable sense of loss with vibrant bursts of energy, echoing vintage Fleetwood Mac. Good Advice takes a different route, both lyrically and sonically.

“Fool”, the album’s first single (and key breakup ode) glistens despite its subject matter. Bulat’s shouldering vocal range gets its full due, joined by ebullient waves of organ and almost cartoonishly happy keys. “Fool” is simultaneously radio-friendly and a torch song for anyone who’s been in Bulat’s shoes.

The rest of the Good Advice, diverse as it is, manages to repeatedly find that same sweet spot. The album’s title track, a slow-burning lament, starts with just Bulat’s low vocals and drawn-out organ notes. As it progresses, the Bulat’s emotes more anger than sadness, which is matched by perpetually intensifying bluesy bass and guitars. By the end of the song, lyrics repeated from the song’s first verse (Where was that light we had before? / I don’t know why I ask at all) take on completely different meaning, as pure heartbreak turns into resolution.

“La La Lie” is the emotional (and musical) crux of the entire album. It’s got all the hallmarks of Bulat’s oft-eccentric approach, combined with James’ penchant for subtle psychedelia. This is Bulat’s own “I Will Survive” – a vow to keep moving despite it all. “Day or night, friendly or fire it doesn’t feel right to me / I can keep up, even though I won’t feel alright for weeks”).

Perhaps the most enjoyable thing about Good Advice is its mark in Bulat’s career. In the past she was instantaneously categorized as “folk” when she’s clearly so much more than that. As a genre, folk is storied and beautiful and full of luminaries and also poison when it comes to mainstream acceptance. For a modern musician, it’s a tough place to get boxed into. That’s why James was the perfect producer to make this album with. Good Advice is definitely a more poppy album, but the folksy sound Bulat is so used to is by no means gone – James makes sure of that. The sound is still quirky and even a little bit exotic – a reflection of Bulat’s own musical upbringing and tastes – amid ace production and catchy hooks.

Good Advice celebrates the freedom Basia Bulat found after putting loss behind her. Throughout its 41 minutes, Bulat is focused, methodical and driven, however her sound is ethereal, relevant and timeless.