Interview: Kieran Mercer on “Help Me Help You”, and touring with Walk Off The Earth, and Marianas Trench 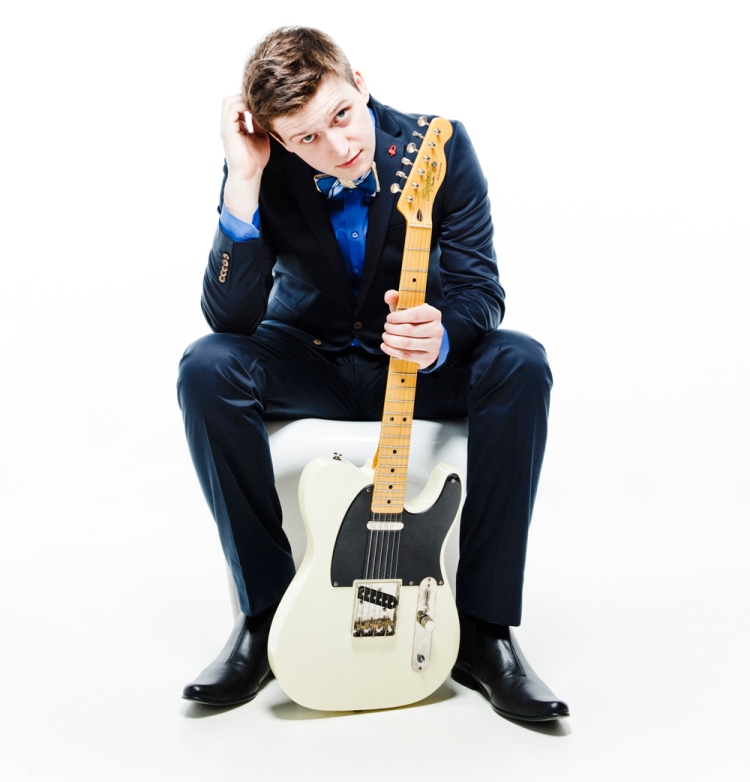 V ancouver native Kieran Mercer kicks off his Canadian tour tonight (March 9), alongside Walk Off The Earth and 604 Records label-mate, Marianas Trench. Mercer released his debut EP, Help Me Help You, on February 26th via 604 Records, and touches on the troubles that come with love and heartache, showcasing his songwriting abilities. Getting to work in Hollywood, with renowned producer Jon Levine (One Direction, Selena Gomez, Andy Grammer) was the opportunity of a lifetime.

In our new interview with Mercer, we talk to the rising singer-songwriter about touring with Walk Off The Earth and Marianas Trench, his debut EP, and more.

You’ve played alongside label-mate Mariana’s Trench in the past and your headlining tour with them and Walk Off The Earth kicks off in Kingston. What are you most looking forward to on this tour specifically?

You released your debut solo EP a couple weeks ago. Having worked mainly on group projects in the past, how has the experience and writing/recording process comparable to it

It’s a lot harder when you’re in a band, because you bring the song to your band and you’re pitching it to three or four other people and sometimes your ideas will get shot down before they even get a chance to develop. Which is good and bad in certain ways, but when you’re doing a record you basically have a bandmate anyways, because you have a producer who you’re collaborating with and you’re pitching songs to and if he doesn’t like the song and you do, usually that’s not going to work out.

That could be annoying I’m sure, when you really fall in love with something and somebody shuts it down.

Yeah, but you know, maybe there’ll be a time and place for it, but not at that moment. (laughs)

Going from White Rock, BC, all the way to the big city of L.A. to work with Jon Levine as your producer must have felt pretty surreal at first, how would you describe what that was like for you?

It was kind of like the classic dream of going to Hollywood. That first bit there was really eye opening. Just being in that town, it’s got a lot of character in it. It was just really great to say that I was in Hollywood doing work, which has always been a dream. It felt amazing.

The EP has a mix of emotions portrayed throughout. Some songs that make you want to dance, some that pull at your heartstrings and some with a clear poppy vibe. What themes and ideas did you focus on in the songwriting process?

For this record, it kind of just came out naturally. Myself and Jon had gone through long term relationships around the same time and that just naturally fell out, where we bonded talking about past relationships, how they went and then it fell out that way. Some of them were just fun songs, where we were basically just painting a picture. Sometimes people think that every song has this deep meaning behind it, or that “oh god, I wonder what they’re going through.” But sometimes it’s fun just to kind of paint on a blank canvas, write a story, or a mood. Some songs are have truth to them, some songs I was just trying to colour something in a sense.

It must come out differently too, when it flows so naturally like that between two people, or even just by yourself.

The tour finishes off with three shows throughout your home province of BC. How would you describe the difference between playing for the crowds there and other places?

Well it really depends. Tomorrow (March 9) is going to be my first time playing an arena show. So I really honestly don’t know how it’s going to be, but I know when I play Pacific Coliseum, that’ll be an amazing thing to do in my hometown. People like Led Zeppelin [and] Nirvana played there and then I’m playing there. I’m not headlining, but I’m going to be there playing on that [same] stage as those great bands. So it’s going to be pretty crazy when that happens.

You said that “Nothing Better Than This'” falsetto bits were something you’d never really done before, but that you that it came out beautifully. What was it like when you first heard it played back to you? Were you expecting it to come out the way that it did?

When I was in the booth I was pretty nervous, because I didn’t think my falsetto sounded good at all. I thought it sounded weak and I thought it was kind of a throw away voice, almost a fake kind of voice and Jon really pushed me in the studio. He kept telling me to trust him with doing this voice, then when he had it all and it was all finished, I was really blown away. I was like “maybe I do have more to my voice than I thought.”

Help Me Help You is folky and you said that you were reluctant, but trusted Jon on it fitting into the album. Do you feel that going solo has opened up the door for you to exploring different genres?

Of course. People always want to pigeon hole you to a certain genre, but my influences span all across the map, with different artists. I personally want to do whatever I want, but sometimes an album has to be pretty cohesive. Naturally, I write whatever I’m feeling and whatever I want.

You’ve mentioned Paul McCartney and Michael Jackson as musical influences of yours, is there anyone else that has had an impact on you musically?

The Kinks were a big band. Basically a lot of acts that my dad played when I was younger and they just seeped their way into my consciousness. Ray Davies, Billy Joel, a lot of the greats in that sense.

Do you see yourself continuing solely as a solo artist, or do you think there’s a possibility of another band in the future?

You never really know how things will go down the line, maybe I’ll get tired of doing whatever I want in a sense, musically. I do miss having that band atmosphere and really collaborating and creating something together. So, as Justin Bieber says, never say never. (laughs)