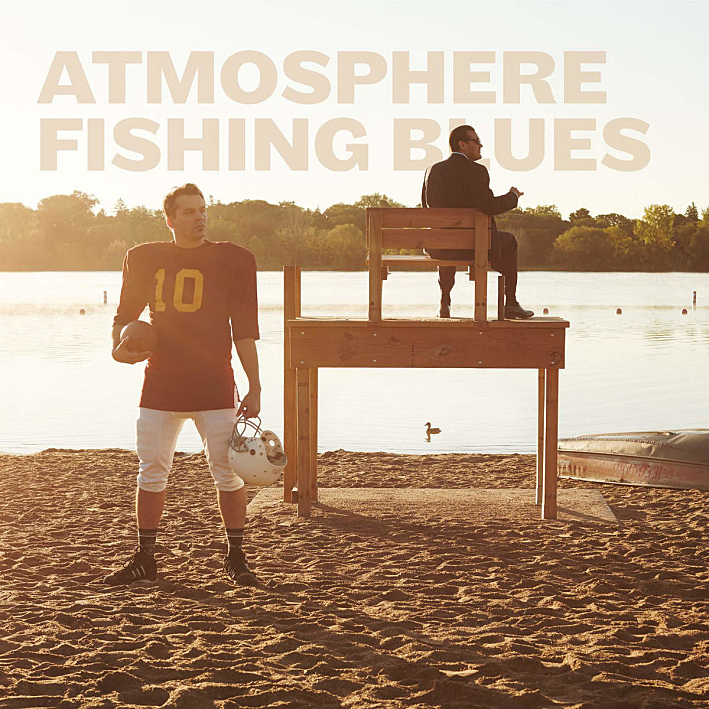 Producer Ant and lyricist/rapper Slug have been making music together as Atmosphere for over 20 years and have managed to continually tweak and strive to perfect their formula, while neither straying too far off their path, nor resorting to playing it safe and that holds true on the new set. Fishing Blues is a collection of songs that both define and redefine the Atmosphere sound and features 18 new tracks written and produced by Atmosphere with appearances from DOOM, Aesop Rock, Kool Keith, The Grouch and more.

The first taste of Fishing Blues comes in the form of new track and video “Ringo.” Watch it below. The video shows a past-his-prime actor playing a king & jester, mocked by his peers and those that once respected his work—a sharp look at today’s pop culture environment where today’s heroes are tomorrow’s joke. With the repeated refrain “Everybody want to see a falling star,” the track and video also speak directly to the title of the new album. Some might ask with the title, “Is this the point in their career where Atmosphere chooses to step back, put up the Gone Fishin’ sign and reminisce about their successes?” The answer is a resounding “no” and the single and video prove just that.

The pair is set to bring Fishing Blues to fans across North America during their extensive “Freshwater Fly Fishermen Tour” this summer and fall. See dates below, and look for tickets to go on sale this Friday, June 24.