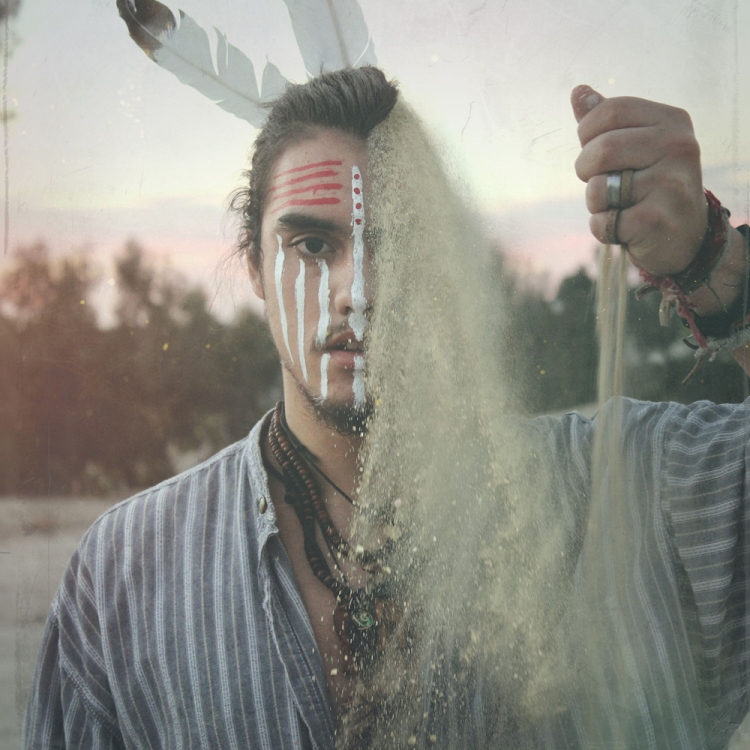 In our new interview, Saint Mesa discusses the making of “Beads”, therapeutic songwriting, being from Chile, and more!

With your new single “Beads”, what was the writing/recording like for it, and what is it about?

It was sort of born out of a time where I was have a ton of really bad insomnia. I remember waking up one night and just writing down like a phrase. And that was kind of like… I woke up the next day and started writing the body of the song. So with “Beads” that was kind of like the thing that sparked it all was because I was actually getting zero sleep. And just having tons of anxiety and such. I felt compelled to write about it, I guess. I think it was sort of more, I didn’t think I was writing about it, I just thought I was writing a song. Then I realized later, ‘Oh that’s what I was writing about.’ But I think the recording process for it was… I kind of do…how this whole thing works, I kind of produce my demos and due quite a bit of the production by myself, secluded. And then when I feel confident about the idea and about the total structure about the whole song then we bring it in and do, you know, we track actually drums and we track actually horns and all the other instruments and re-do vocals or whatever. But, you know with better equipment than I have in my tiny apartment.

So was it kind of cathartic for you to, you know, get what you were feeling at the time into that song?

Oh absolutely, I’ve found I’m fairly new at this as I’ve only been writing music for a couple of years now. But I’ve found that writing songs from an introspective perspective is really therapeutic for me. And I think it’s therapeutic for people in general like it was for me. But I think it’s therapeutic to be able to externalize things that are no longer internalized. And it’s just really helpful to like grasp an understanding what you’re feeling at the time and being able to put it into some kind of phrasing. Like on paper, you know. There’s something about writing something down but there’s just like it helps you understand the information.

You worked with producer duo Whams on “Beads”, How did they shape you as an artist?

Honesty, I owe so much to them just as… they’ve been so incredibly supportive and just helping me… basically getting me to where I am and trying to push me to be more than I think I am. Because I don’t think very much of myself, so they’re always pushing me to just be me as I can be. And there like ‘Well, you know.’ There just trying to put me in an environment or studio…I don’t know I’m trying to figure out how to describe what they’ve done. They’re really, really supportive and after the new demo they were like ‘Oh my god this is so great, we can do this and this,’ you know, just like throwing ideas off of me. I don’t know there… they’ve helped me realize that I don’t need to be any other artist than who I am. And they’ve helped me realize that my sound is the sound that I want to make and not just any specific thing set in stone, you know what I mean?

So have they taken on more of a mentorship kind of role with you?

Yeah! I would say in addition to being really amazing producers and genuinely fun musicians to work with and collaborate with. It was also kind of being musical mentors to me in the sense of like they inspire me so much in everything, and every time we get together and work on something new I learn so much from them. And I’m inspired by them like on the daily.

What has the creative process been like so far working on the follow-up to your Jungle EP?

It’s been really fun, it’s been a lot of me just giving a lot of my writing and going in with the guys and we just take these songs to another level. And take them to a higher quality and also we’ve really refined our workflow with the EP. The EP was kind of our first thing that we did together and so now we kind of know how, like I know how they work and they know how I work. We know how to get things done faster. So it’s been really fun having things organized and work flow together.

Tell me about the disease you fought in your late teens. How did that impact you creatively?

I got really sick right about 16-17 years old. And it just kind of hit me out of like nowhere, you know. Like I was normal, never had any health problems and this thing hit me and I was like bedridden for three years. And so having to deal with that was really interesting. But it was definitely the hardest season of my life that I’ve gone through. And it was really difficult but I wouldn’t change anything that happened. Just because of the outlook that it gave me on life and on music in general is invaluable to me. It completely redefined my world view and my values readjusted things that I do or uncertainty, like the way that I see people and the way that I hear music, it completely changed everything. I would never trade the pain of the three years that I went through for anything.

What disease was it?

It was this weird thing and that was actually one of the hardest parts, they just could never tell me what exactly was wrong. It was never like ‘Hey you have this and we have this medicine that can help get this.’ They were like ‘Hey we are going to try this and see if it helps determine if it’s this,’ you know what I mean? It was just this crazy time of uncertainty. And the doctors just couldn’t help or tell me what was wrong with me. 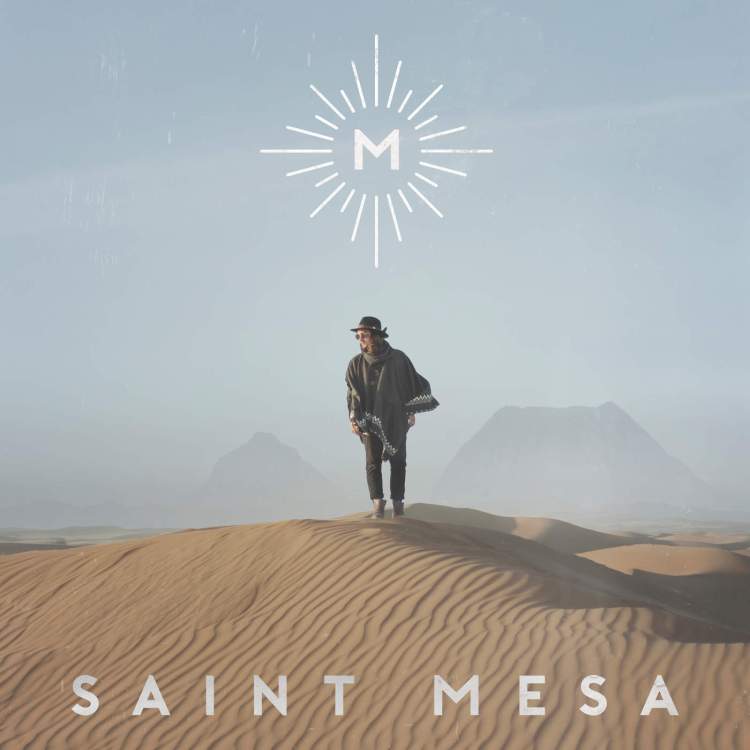 You wrote songs while sick in the hospital over the span of two years. What kind of difficulty was there to be creative in that kind of environment?

Yeah, it was, it was interesting because I was basically bedridden for a long time. That’s kind of why I started to write music. Because I had not written music before then. Because I had so much time to just lay there. When you’re sick you realize how boring T.V. is. After you watch three movies in a row you’re like ‘I don’t want to do this anymore.’ And so, you kind of have to figure something out or else you’ll go insane.

So I started to figure out how to produce and write music and it was difficult because like being in the middle of writing I would have to like stop because I was in too much pain. And I’d have to go and take myself and lie down, punch my fists and get through it. And so, it definitely impeded working to an extent and it also, there’s also an aspect of like the depression I dealt with, with being sick for so long and having no actual end in sight. No explanation as to why I was sick. And so, depression makes you not want to do anything ever and so you just lay there. I was just depressed. I just kind of laid there and I was just ‘I don’t want to make music or live so I’m just going to lay here and hopefully something happens.’ Luckily I’m obviously not in that place anymore.

In terms of your sense of style, how does your Chilean indigenous heritage influence your fashion sense?

Yeah, I’m super proud of my Chilean heritage and I do my best to learn as much about it as possible. I’ve been to Chile a few times and there’s only been so much my mom can pass on to me. And we’re growing up and she’s trying to teach us stuff, four crazy boys running around and throwing stuff at each other. But I find that having heritage from South American countries is really interesting because I don’t know why but like I have such a pull to Chile. And I’ve only been there a few times and I… there’s nothing really that should be pulling me to it besides, you know that I have some family there.

But for some reason I have such a spiritual pull towards like that country. So, it’s been really interesting to like dive into the culture of like, the natives there and the way that the culture works with like the economy there. It’s just really interesting learning about all that stuff. So I think it’s like helped pull a nature element into my whole like mindset just because the country side is so beautiful. I mean there’s like volcanoes, rainforests and stuff. It’s just a beautiful country.

You also make your own jewelry, don’t you?

Yeah, it’s funny enough actually I have a box in my closet that I pull out every once in a while and it’s of a ton of little beads and pendants that I got while I was in Chile. And there’s just way too many beads there to like ever use enough. You know there’s like too many.

But there like all Chilean beads and these like metallic pendants and little things that where made there that I got while I was in Chile. I think it actually kind of inspired me to make a bunch of jewelry and stuff. I’m going to make some limited bracelets for shows and stuff with Chilean beads. And just have it be this cool little piece of my music that I can pass on to people.

You’re set to make your festival debut at BottleRock and Sasquatch festivals. How do you approach these festival shows as opposed to club shows?

Yeah! I’m super excited about all these dates. These are the first festivals I’ve ever played really and so I actually don’t know how to compare playing a tiny club to a giant stage because I’ve never played a giant stage so it’ll be interesting. I’ll be like wait I have so much room to walk around now, haha. Not bumping into my bass player anymore. But it’s going to be… I’m so excited.

I love playing like small little clubs there’s something about it, there so fun, energetic and just people are all packed into this room altogether, it’s a blast. But it’s going to be fun going from that to something like a festival stage it’s just like a completely new experience for me. And it’s just going to be really interesting having all that space and being able to move around. I don’t know, I’m really excited. Many of these places are going to be really beautiful like Napa Valley, and that’s going to be very beautiful.

Do you have any festivals that you like you go to that are favorites of yours?

I’ve actually, I’m poor so I’ve never been to festival, haha. And so like, I’ve heard all kinds of things about South West and Coachella and all that stuff but I’ve actually never been personally attended a festival. So this will be a first for me on multiple sets.