Watch Superorganism’s trippy new video for “Something For Your M.I.N.D.” 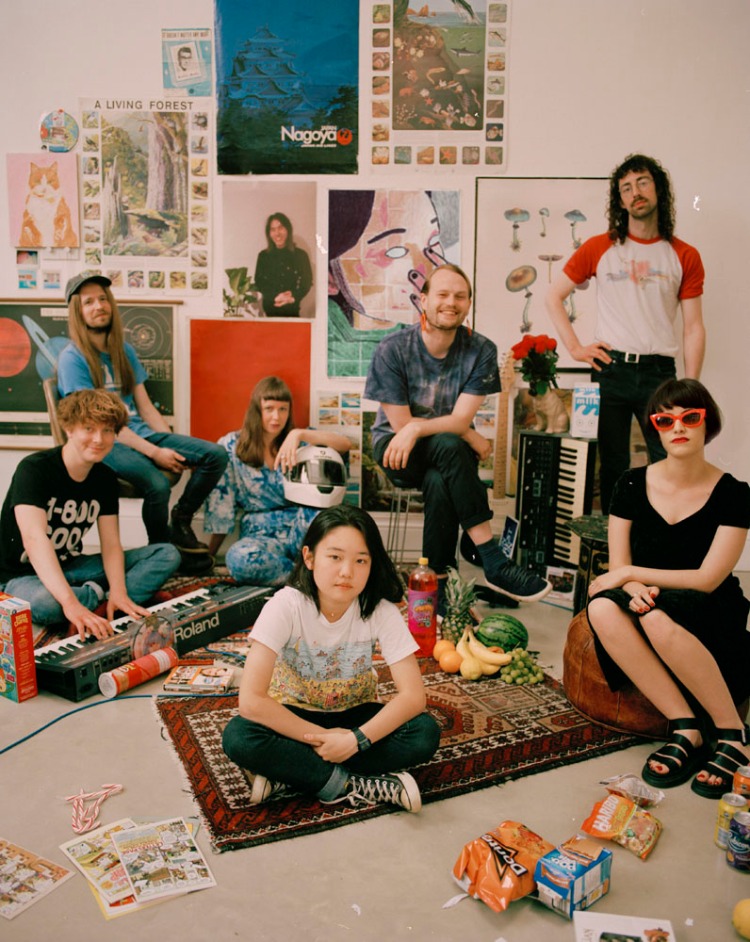 Superorganism—a sprawling, multi-limbed collection of international musicians and pop culture junkies—today released their new single “Something For Your M.I.N.D.” alongside a trippy band-directed video below.

Superorganism’s genesis came in early 2017, springing from the minds of the band’s eight members—recruited from London, Japan, Australia and New Zealand—seven of whom now live together in a house/DIY studio/band HQ in Homerton, east London.

Though they’d previously created music and visuals together, this was something distinctly fresh. They sent an early demo of a track to their friend Orono, a Japanese student who at that time was studying at a high school in Maine. Orono wrote and recorded a vocal part and pressed “reply.” That track was “Something For Your M.I.N.D.” Superorganism was born.

“‘Something For Your M.I.N.D.’ was created purely online,” says Orono of the track. “My buddies in London sent me the demo on Facebook, then I wrote the lyrics and recorded the vocals on Garageband via my Macbook microphone in about an hour or two…then it was pretty much done! We just had to add a couple of key missing ingredients to the mix: some sweet backing vocals, sick artwork, Tucan’s magical touch to make the track sound even more dope, and chemical X. We’re more than excited to bring this song back to life (officially) and to let it, once again, fluoresce on the dark corners of the Internet.”

The track is available on all digital services, as well as a limited-edition, one-sided etched 7” with download card.

Additionally, Superorganism are set to the play their first-ever run of live dates across the U.S., Europe and the U.K. Following a debut live show at Hamburg’s Reeperbahn Festival on September 22, they will play their first ever U.K. show at London’s Village Underground on October 5. Dates across Europe follow before December sees Superorganism’s debut U.S. shows at Brooklyn’s House Of Yes on December 12 and Los Angeles’ Moroccan Lounge on December 14. Full dates below, with further information here.