//
you're reading...
The Adamantium Podcast 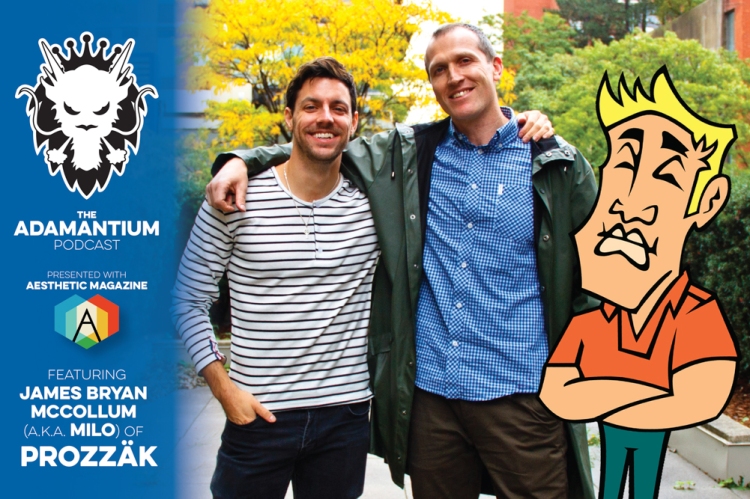 In a new feature to Aesthetic Magazine, we are proud to announce a collaboration with Toronto-based writer/photographer/podcast host Adam Harrison and his new show, The Adamantium Podcast, which features local and celebrity guests engage in casual conversations on art, culture, and entertainment.

In episode 26, James Bryan McCollum, also known as Milo, one half of the hit 90s cartoon band Prozzäk, joins us to chat about the massive success of the first Rewind Tour they did across Canada this past summer with Aqua – how it came together, what made it so successful, and the plans for a sequel! We also discuss the creation of Prozzäk, their original illustrator, and the real life story of how Milo and Simon really did start as foes before friends. James also tells us about touring with Nelly Furtado and playing Wembley Stadium in front of the royal family. And if you don’t listen… well, sucks to be you!