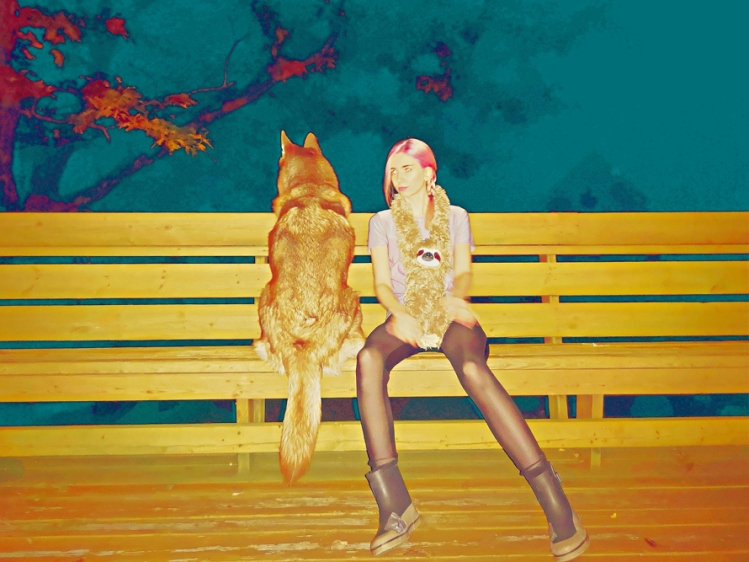 Guelph, ON-based electropop artist Kitzl has released her brand new video for “GSF”, which you can watch exclusively via Aesthetic Magazine below.

“I made the guitar loop and the “na na na’s” one grumpy night as a lil voice memo on my phone,” says Kitzl. “Then about a year later, I finally re-recorded some good samples of the riff on a classical guitar, imported them, and built up lots of vocals and sounds around it. It was fun diggs to make! In the video, I wear a pink dress and I stand on a microwave and I have a handgun. GSF stands for Non-Disclosure Agreement.”

Producer and composer, Kitzl plays with organically derived sounds in an electronic, popdriven way. Her work builds upon short, hooky loops to formulate dramatic songs and unearthly soundscapes. Kitzl samples everyday sounds like gates, pottery, and branches to give strange, dirty textures to her work, and populates it with the voices of coyotes, frogs, crickets and birds alongside layers of her own vocals. While each piece is emotionally rooted in humanoid experiences, instrumentally and lyrically they might bring up images of anthropomorphized planets and objects, as well as imaginary races of probably nonexistent lifeforms. There is subtle conflict in Kitzl’s work and aesthetic. It’s a disquieted feud between a playful, child-like wonder, and a darker, more displeased bitterness at something. Maybe this is a natural dynamic for an artist trying to find their voice in a crowded space, or maybe she just spends too much time in her woman cave anticipating the jellyfish apocalypse and planning a bird sanctuary for sad birds. “GSF” is Kitzl’s second release to date, and precedes her upcoming 2019 album.