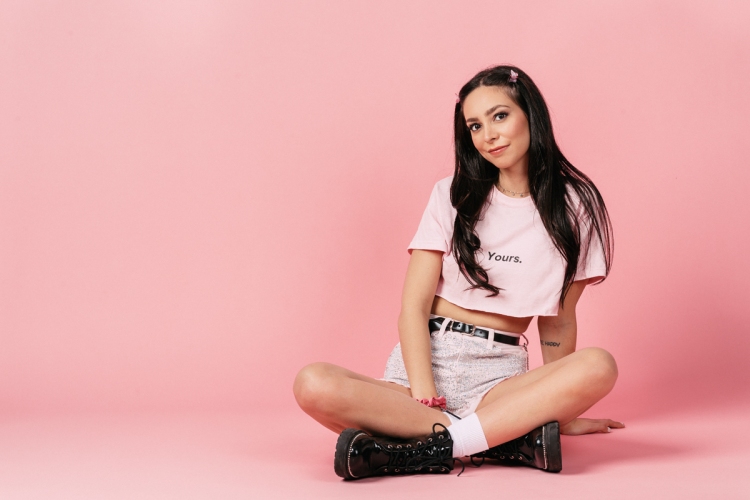 To celebrate the release of Toronto-based indie artist Lo Lo’s debut EP, Sweater Collection, the rising singer-songwriter curated a playlist of the tracks that helped inspire her songwriting for the EP.

Growing up in the early 2000s, Avril Lavigne was pretty much the soundtrack to my life. When I first started realizing that I liked to sing, this was one of the ones that I used to perform in my basement for my family. I remember always loving the lyrics and thinking it would be really cool to write a song like this, even before I knew I wanted to write.

“Hey There Delilah” has been one of my favourite songs since the day I heard it. I’ve always loved the lyrics and the rhythms that they sing those lyrics with the simplicity of the constant guitar riff. You can probably hear my influence of this song when you listen to things like “Stranger’s Arms”.

It was hard to pick just one Gavin Degraw, James Morrison, and John Mayer song. These three were HUGE influences on me growing up, and especially when I first started writing. The most influential of all for my writing was probably Jack Johnson. Before I ever wrote a song, or even realized that I wanted to, my guitar teacher asked me to take a song, change the melodies, and have it ready to sing for him by next class. I chose “Sitting, Waiting, Wishing” by Jack Johnson, and that was the first time I ever wrote my own melody (over those lyrics).

When I heard “Teardrops On My Guitar”, that was the first time I realized I could write whatever I wanted, about whoever I wanted (and I could even include their actual name if I wanted to…shout outs to Drew!). Taylor Swift definitely gave me the confidence to know I could name drop in my own songs. I shout out someone’s nick name in “Convenient”.

“We Can’t Stop” is one of my all time favourite Miley Songs. When you listen to it, you can tell how much she just doesn’t give a shit, and that inspired me to incorporate that into my own music.

“Habits (Stay High)” is another song that I think really inspired both my writing style and the type of production I wanted my songs to have. The lyrics are sad and complex, but the song itself is catchy and has a sick beat to it.

“All Time Low” is one of the first times I heard the production of a song and was in complete awe. Jon Bellion is a wizard. His production is so fun and quirky, and was definitely a reference when I first started getting in the studio with my own songs. Plus, gotta love this song because he says my name like, 100 times.