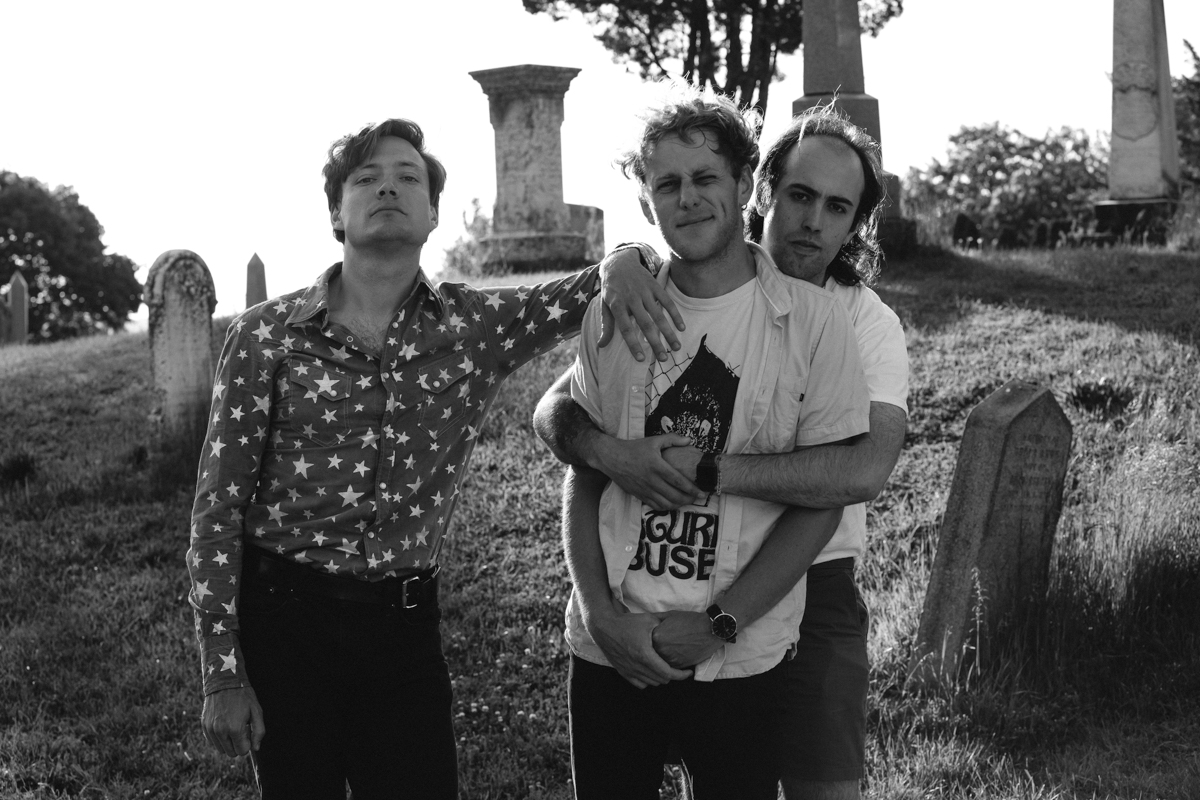 Hamilton-based rock band The Dirty Nil are back with a brand new single “Done With Drugs”, which you can stream below.

“At this time in my life, I see a lot of people who are trying to stop doing cocaine or stop drinking rivers of liquor, or stop eating lots of shitty fast food,” said frontman Luke Bentham. “On Facebook, I see these posts from people declaring, “I’m done with this!” – they’ll have a six-paragraph post about how they’re changing their lives. I’m definitely not against self-betterment, and I’m not trying to make light of anyone’s struggle; I’m just kind of amused and fascinated by that whole aspect of social media. Like someone will post, “I’m done drinking coffee!” Okay, well then just stop drinking coffee – you don’t have to try to stop the internet for the day to tell everybody that you’re done with Maxwell House! I find that funny, and somewhat narcissistic. But that’s just my opinion, and I’m kind of an asshole!”

“We were on tour with White Reaper and I don’t think I would’ve written that riff if I wasn’t hanging out with [their guitarists] Tony [Esposito] and Hunter [Thompson],” Bentham continued. “They had just played with The Killers, so everyday we were always playing the “Mr. Brightside” riff together. I think that opened my mind to stadium-rock cheese, even more so than before. There are songs on this new album that are much heavier than this song, and then there are songs that are a bit more vulnerable than this one – so “Done With Drugs” is kind of an outlier in the fact that it’s in the middle of the spectrum.”

Purchase the “Done With Drugs” 7-inch, featuring an exclusive B-side of the Tom Petty standard “Even the Losers,” a song they frequently aired out on the Master Volume tours and one of the first things they jammed on when they started working on the record in early 2019.