Run The Jewels Share New Video for “Out of Sight (ft. 2 Chainz)” 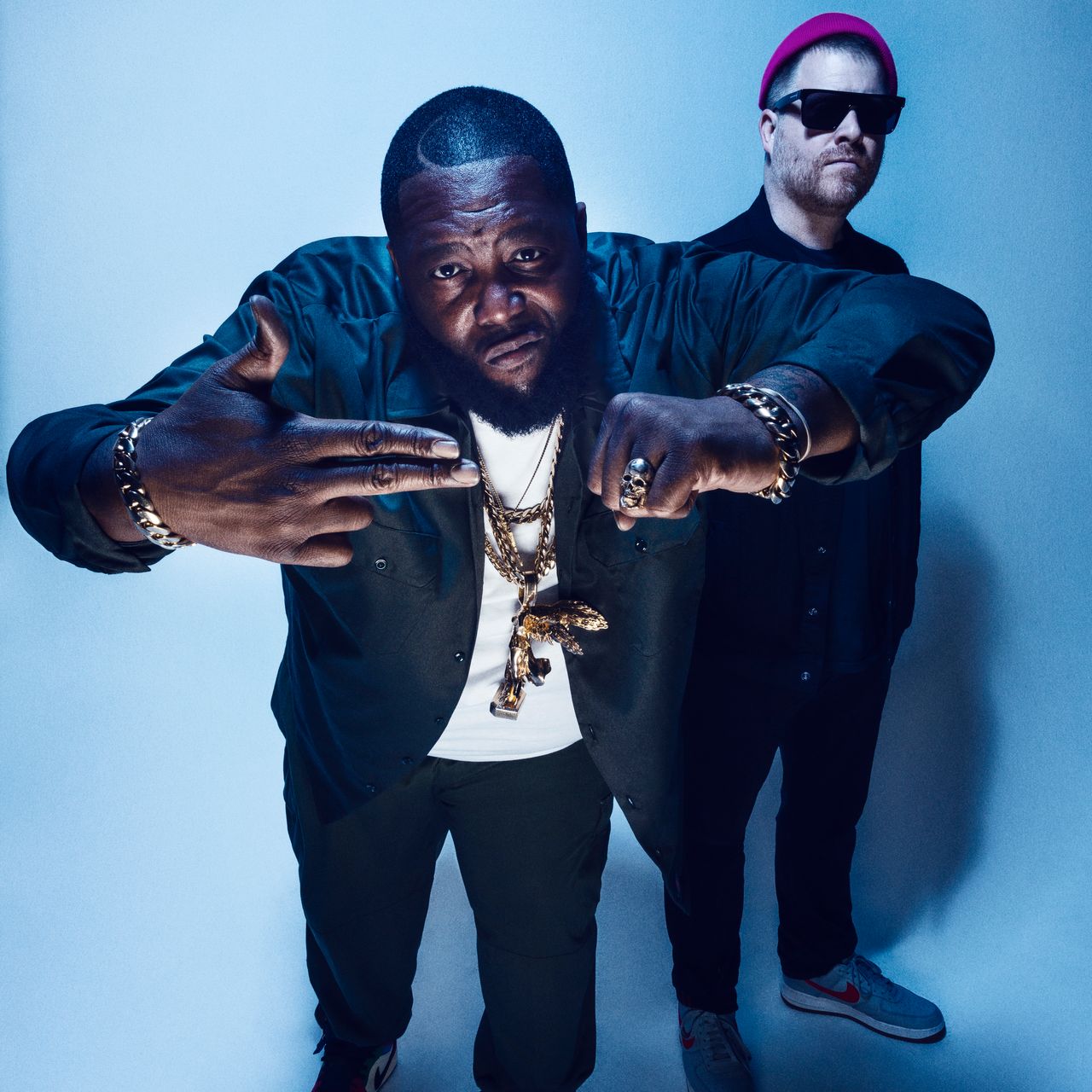 Run The Jewels, the duo of El-P and Killer Mike, have shared a new video for “Out of Sight (feat. 2 Chainz)” from their acclaimed new album RTJ4.

Directed by Ninian Doff, who previously helmed the duo’s “Love Again” video from RTJ2, it stars the cast (and characters) from his new Amazon Original movie Get Duked! The film tells the tale of four teens whose idyllic camping trip in the Scottish Highlands becomes a fight for survival when they become the target of deranged hunters. Run the Jewels, in search of a video for their brilliant collaboration with 2 Chainz, brought the idea to Doff as a way to promote both projects, who took it beyond anything they imagined.

The result is a comedic masterstroke, in which the Get Duked! stars attempt a heist of the signature pistol-and-fist sculpture that adorns the RTJ4 cover as psychedelic visions of El, Mike, and 2 Chainz rap circles around their heads. A production of Pulse Films, this caper was shot over the course of three weeks in four cities on two continents under the strictest Covid protocols, and is the third music video from RTJ4.

Tonight (Aug 28th) at 6pm PST, El and Mike will host a watch party for the music video followed by a Q&A on Amazon Music’s Twitch Channel, giving fans a rare opportunity to experience the video in real time with the guys.