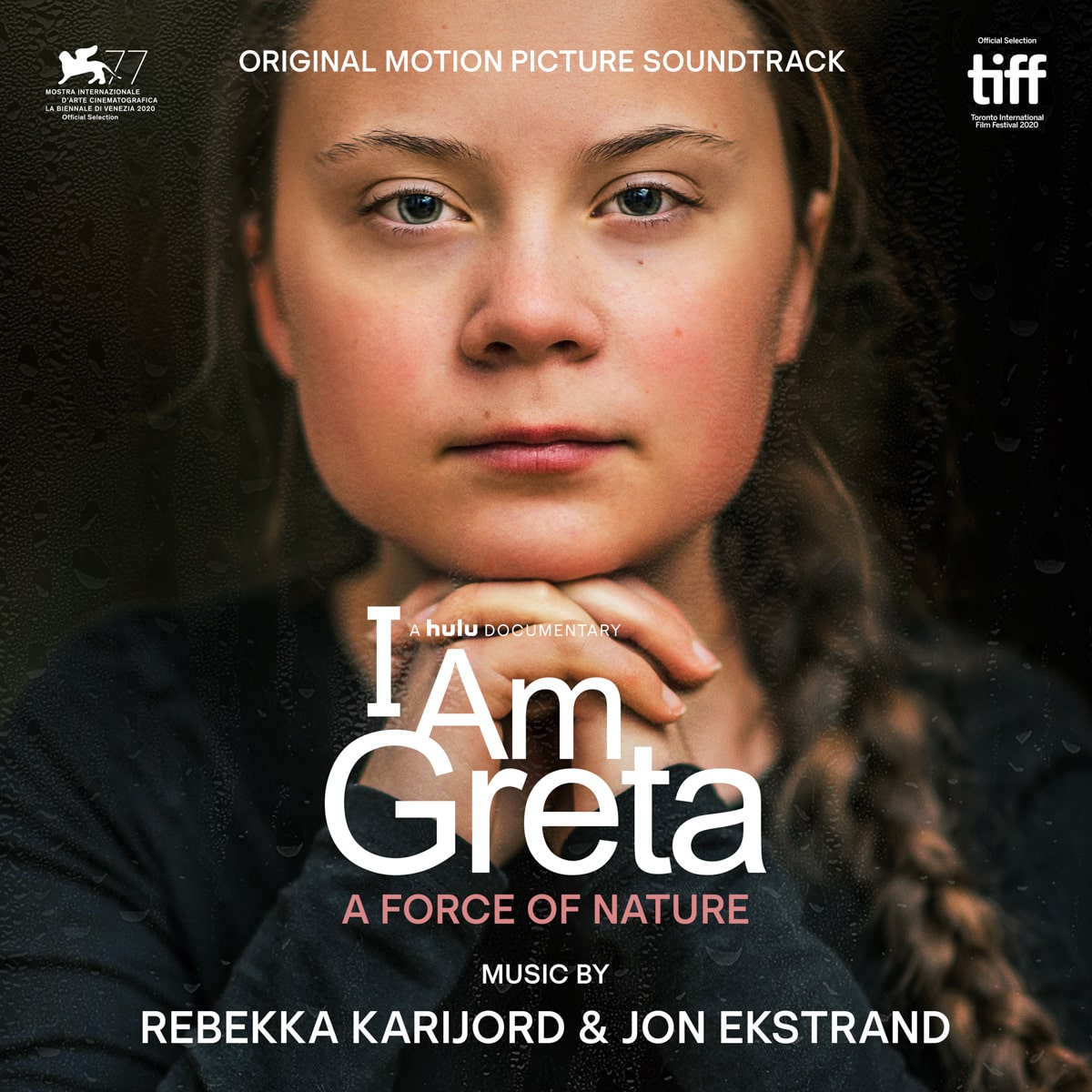 Composers Rebekka Karijord and Jon Ekstrand are back with their new track “Fridays for Future”, which will be featured on the soundtrack for the upcoming HULU documentary “I Am Greta” (out Nov. 13th). Stream the track exclusively via Aesthetic Magazine below.

The film was released in the UK on October 16 and will have its US release on HULU on November 13 with the soundtrack releasing the same day on all streaming platforms from OONA Recordings.

“I Am Greta”, the intimate HULU documentary by director Nathan Grossman, tells the story of teenage climate activist Greta Thunberg through compelling, never-before-seen footage. Starting with her one-person school strike for climate action outside the Swedish Parliament, Grossman follows Greta- a shy student with Asperger’s – in her rise to prominence and her galvanizing global impact as she sparks school strikes around the world. The film culminates with the extraordinary wind-powered voyage across the Atlantic Ocean to speak at the UN Climate Action Summit in New York City.

“Our endless muse in writing this score has been a tremendous respect for Greta and all the children in the Fridays for Future movement. And the important work to do together.”

To musically accompany Greta and the children of the ‘Fridays for Future’ movement on their journey, composer duo Rebekka Karijord and Jon Ekstrand spent quite a lot of time searching for right balance when it comes to how much emotional triggers the music should offer:

“With the music for ‘I Am Greta’ we aimed to find a sonic counterpoint to the friction between the shy, contemplative inner world of Greta, and the unbounded energy of the natural world and climate change movement. From the start we found it useful to separate the score into three distinct voices: Greta’s voice, the voice of natural world, and the voice of the climate chance movement.”

Through the sketching process, Rebekka and Jon discovered that when they set more melodic music to the pictures it just did not meld: “It came off as too sentimental in relation to Greta as a person. Too leading, somehow. So, we choose to work with repetition and persistent musical patterns, often illustrated through energetic string arpeggios. This we felt helped underline the remarkable persistence and focus Greta has on the climate issue, as well as that of relentlessness of nature. Then we found a few places throughout the score, were more melodic aspects could be introduced and carry the score through its dramaturgical journey. It allowed the melodic aspects to shine through when they are introduced.”

The synergy between the two composers with very different backgrounds as well as the blend of classical instrumentation and usage of electroacoustic elements let to a unique, compelling score: “The score consists of a string octet, modular synthesizers and a voice instrument built by Rebecca of 25 male, female and non-binary singers from around the world in their full range. Our soloist in the score is the cellist Linnea Olsson, whom has a very specific airy and organic tone. From the first sketch recordings with Linnea it just felt like this was the tone of the soundtrack.”

From Nathan Grossman, director of ‘I Am Greta’: “Rebekka and Jon’s dynamic score to ‘I Am Greta’ is huge and intimate, uplifting and melancholic, and manages to carry the emotional nuance of Greta’s story. The score forms a musical parallel to Greta’s journey and narrative voice throughout the film. It’s energy, urgency and emotional depth reminds us that the time for climate action is
now.”