Sam Coffey & The Iron Lungs Announce New Album “Real One”, Share New Video for “Back With The Gang” 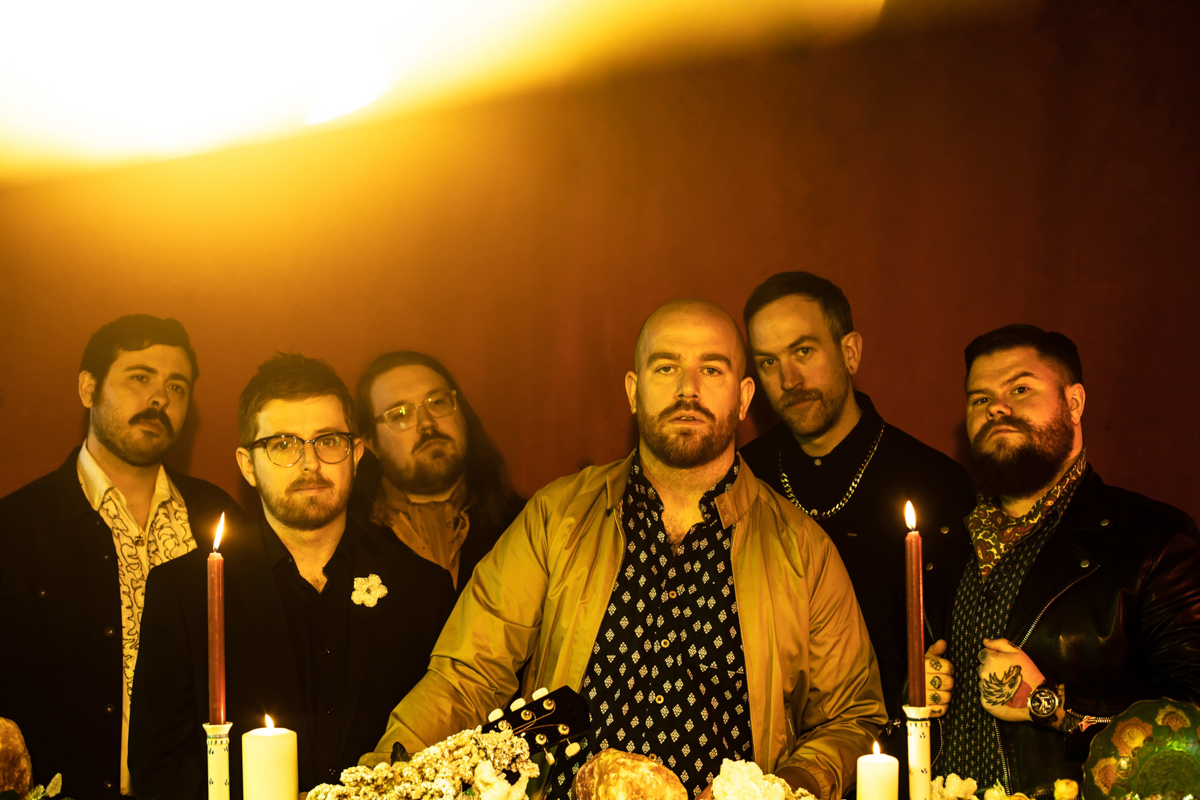 It’s been three years since Sam Coffey & The Iron Lungs released their self-titled LP on Dine Alone. An album that elevated their rough and ready garage stylings into something with true arena rock ambitions, while taking their joyous live show on the road on a bigger scale then they ever had before as they toured with acts like FIDLAR, The Dirty Nil, Frank Turner and Billie Joe Armstrong’s The Longshot.

Today, after an extended silence, the ebullient Toronto band are returning to announce their new LP Real One, an album (out February 19th, 2021) that represents another major leap forward for the band. Produced by Kevin Ratterman, who is known for his work with White Reaper, Strands of Oak and My Morning Jacket, the album is a work of loving, earnest maximalism. It’s proportions are ambitious and grand: blown-out gang vocals, sweeping piano, shimmering saxophone, romantic string arrangements, and thunderous guitars reign across 11 tracks. It’s a labour of love, but also of commitment, community, belief and progress.

To mark the album’s announce the band are sharing the appropriately-named single “Back With The Gang,” a glammed up ode to the joys of togetherness that exemplifies their new LP’s playful pomp. Watch the new video below.

“‘Back With The Gang’ is our way of saying ‘WE’RE BACK! AND WE’VE STILL GOT GUITARS.'” Coffey explains. “We got really into junkshop glam while recording this, particularly bands like Laurice, The Equals, Slade, and Sweet. Before taking this to the studio, we tested out at shows at about half speed. We loved the song but the slow pace and high register was burning us and the people at the show out. Enter our great producer Kevin Ratterman to fix the problem! He told us to turn up the BPM and detuned the song to make it feel heavier.”

Along with his band mates Dave Tyson (keys), Liam Doyle (lead guitar), Joel “French” Desbois (rhythm guitar), Richard Stanley (bass) and Connor Glen (drums), Coffey has in effect created a record that could be staged on Broadway. It glides from arena-rock rippers (“Back With The Gang”) to fringed country gallops (“Magic”) to slow-burning Brill Building balladry (“Gates Of Heaven”) to beloved Thin Lizzy-adjacent workouts (“She Knows”). To complete these anthemics, the band called on their community for help: vocalist Siânteuse contributed soaring operatic vocals to four tracks, while Destroyer’s Joseph Shabason’s sax solos alternate between brooding patiently on “Gates Of Heaven” and screaming boldly on “15 Minutes,” and Paul Erlichman of Ducks Unlimited and Elrichman arranged the string quartet who underpin the album’s most dramatic moments.

Across the album Coffey explores different voices and tones, putting them on like a stage actor might costumes. The bombastic glam-punk opener “Back With The Gang” enters atop a wall of guitars and synths carrying Coffey’s rich, trademark bellow.

“It’s an instructional, motivational song,” explains Coffey. “Get back out there, get swingin’, you’re back with the fucking gang! You got this, daddy!”

“15 Minutes” bisects the record, opening with driving, Warren Zevon-esque piano backtracking a Springsteen-circa-2020 tale about Jackie, a working-class waitress who never gets her shot, while “Gates Of Heaven” is a seven-minute ballad which stirs to life with smoky, rhinestone-studded romantics before ascending into a wide-open desert highway climax. After the lush, cheeky ‘50s slow-dance of “RUN Angel” comes closer “Real One,” where Coffey, over a crush of guitars, leaves us with a tender confidence-booster: “I’m a real one baby, you’re a real one like me too!”

“It’s a really triumphant, victorious record,” says Coffey. “I always thought I wasn’t where I should be, but now I feel like I am.”

Real One will be released on Dine Alone on February 19th. It is available for pre-order here.