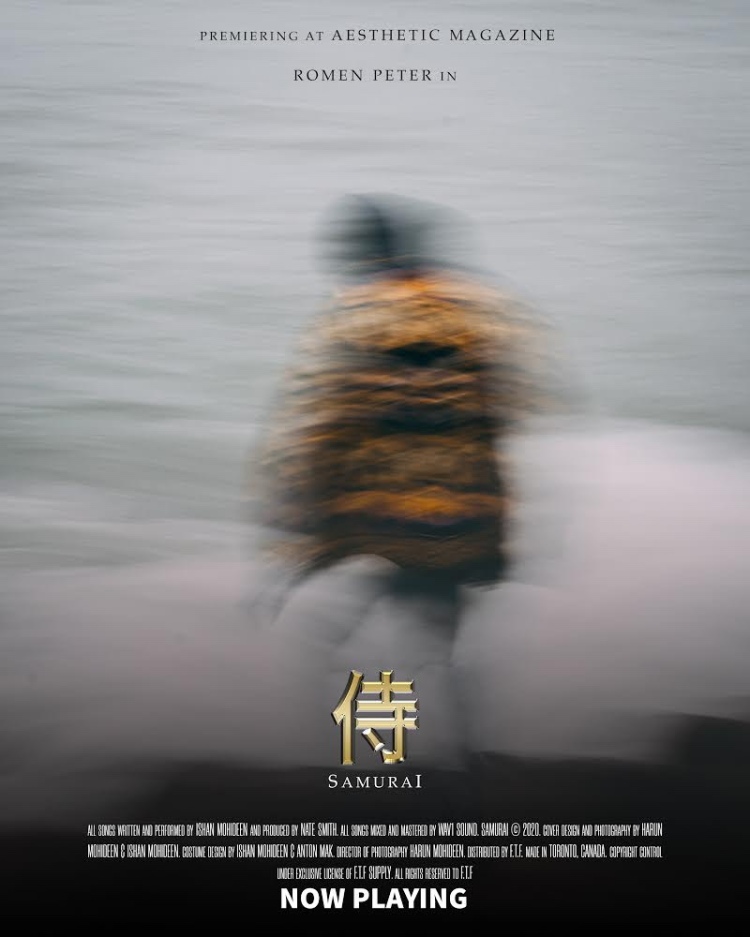 Following the release of his summer pack, Clarity, Toronto-based artist Romen Peter shares his latest instalment, Samurai, which you can stream exclusively via Aesthetic Magazine below.

Inspired by the bushido, the code the samurai lived by, the two-song pack highlights the difficulties and dedication he endures to keep true to his career of music.

The first song, titled “On God”, is inspired by past events in his life as an “everyday working class citizen.” Driven by goals to make both good money and good music, Peter grows beyond past connections to focus on attaining both goals. The hook, “Wallah”, Arabic for “on God,” prays his sacrifices will see fruition.

The latter song on the project, “When I’m Done”, details the process in which Romen will obtain his money – through music.

Hailing from the east ends of Toronto, Peter spent his formative years relocating throughout different neighbourhoods and enduring each set of unique circumstances. Through the constant shuffling of faces and environments, he found refuge in his passion for art. He gravitated towards self-exploration of his own ideas and his own thoughts.

In spending less time around people and more time to himself, the Scarborough native developed his passion for music.

It wasn’t until early 2019 when he would finally step foot into a recording studio, and release music later that year. “Flights” was the product of countless hours of perfecting a sound, and the reception amongst his peers and fans alike were all encouraging.

The inaugural release was an amalgamation of all the things happening in his life at the time, keying around relationships.

In the summer of 2020, Peter released his follow up to “Flights”, an EP titled Clarity. The two song pack takes listeners through a euphoric, joyful ride, then quickly turning into a darker, more sobering experience. The smooth vocals and atmospheric instrumentals established Peter firmly into the Toronto R&B scene.

A day after its release, Romen Peter gave his fans a visual look at Clarity performing at Aesthetic Festival.