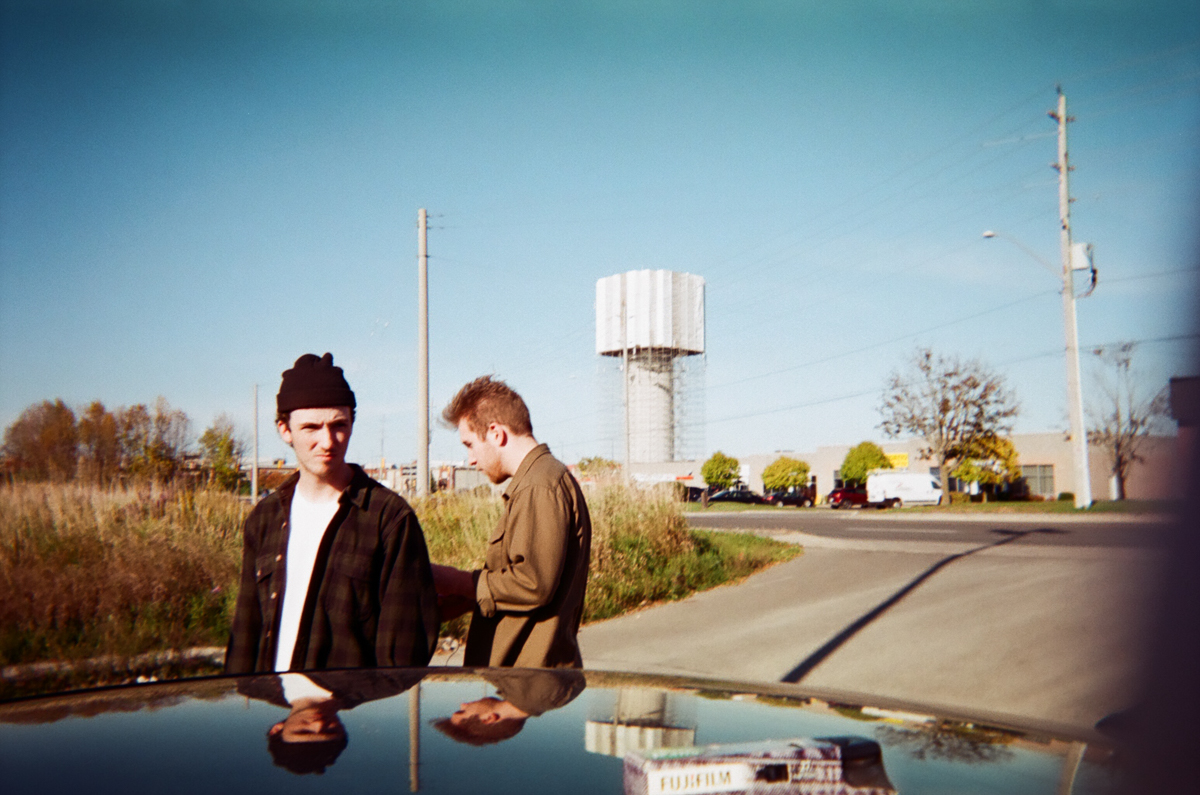 Canadian alt-rock duo Cleopatrick have dropped a new lyric video for their new brash, groove-heavy, distortion-rich single “The Drake”. The first new offering from the band this year, the highly energetic track will appear on the band’s forthcoming debut full-length due out in Summer 2021. Watch the video below.

Known by their dedicated fanbase for finding innovative out-of-the-box ways to connect with their audience, the Cobourg-based two piece spent time crafting an elaborately creative and uniquely ‘cleopatrick way’ to leak their latest single. Set up as a type of scavenger hunt/puzzle, the band who included early clues to the reveal in the latest edition of their fanzine, leaked parts of the track (guitar, drums, vox and bass) individually through a variety of instagram accounts prior to the tracks release, inspiring community engagement and fan created remixes.

Written about a gig Cleopatrick played at the Drake Hotel in Toronto, the aptly titled “The Drake” shines a light on the effects of being bullied and recounts the evening that lead vocalist Luke Gruntz was once again forced to encounter his high school bully. A night which should have been a joyous celebratory evening for the guys instead was crushed by the behaviour of a handful of individuals and even resulted with one of their dear friends getting roughed up. “This song is about assholes from our hometown,” says Gruntz. “It’s about never standing up for yourself and it’s about looking forward to the day you can leave people like them behind.”

Gruntz elaborates, “We were very anxious for this show as it was going to be one of our first performances where we would be in front of a crowd of people that had discovered us through the internet. We felt a lot of pressure, and intended to impress. However, shortly before we went up to play, things ended up taking a very unfortunate turn. As we nervously watched the crowd spill onto the venue floor from outside, a familiar group caught our eye… It was ‘the boys’…The kind of ‘the boys’ that had made us feel embarrassed about our love of music in high school. The kind of ‘the boys’ that we tried to escape through this band.”

Gruntz continues, “And there was one particular guy in the group that really put me out of my head. It was my high school bully. Apparently, him and his friends had heard about our bands moderate success and decided to come to the gig and buddy up now that our music was cool.”

With art direction from drummer Ian Fraser, the lyric video was made using home video footage of a house show Cleopatrick played a few years following The Drake Hotel incident. On the video Gruntz said, “We would have liked to make a full music video for this song, but Covid has made that far too difficult. It’s all good though. The footage is full of some of the best people we know, and it contrasts the origins of the song so poetically. It’s the Drake, but this time without any of ‘the boys’ in sight.”