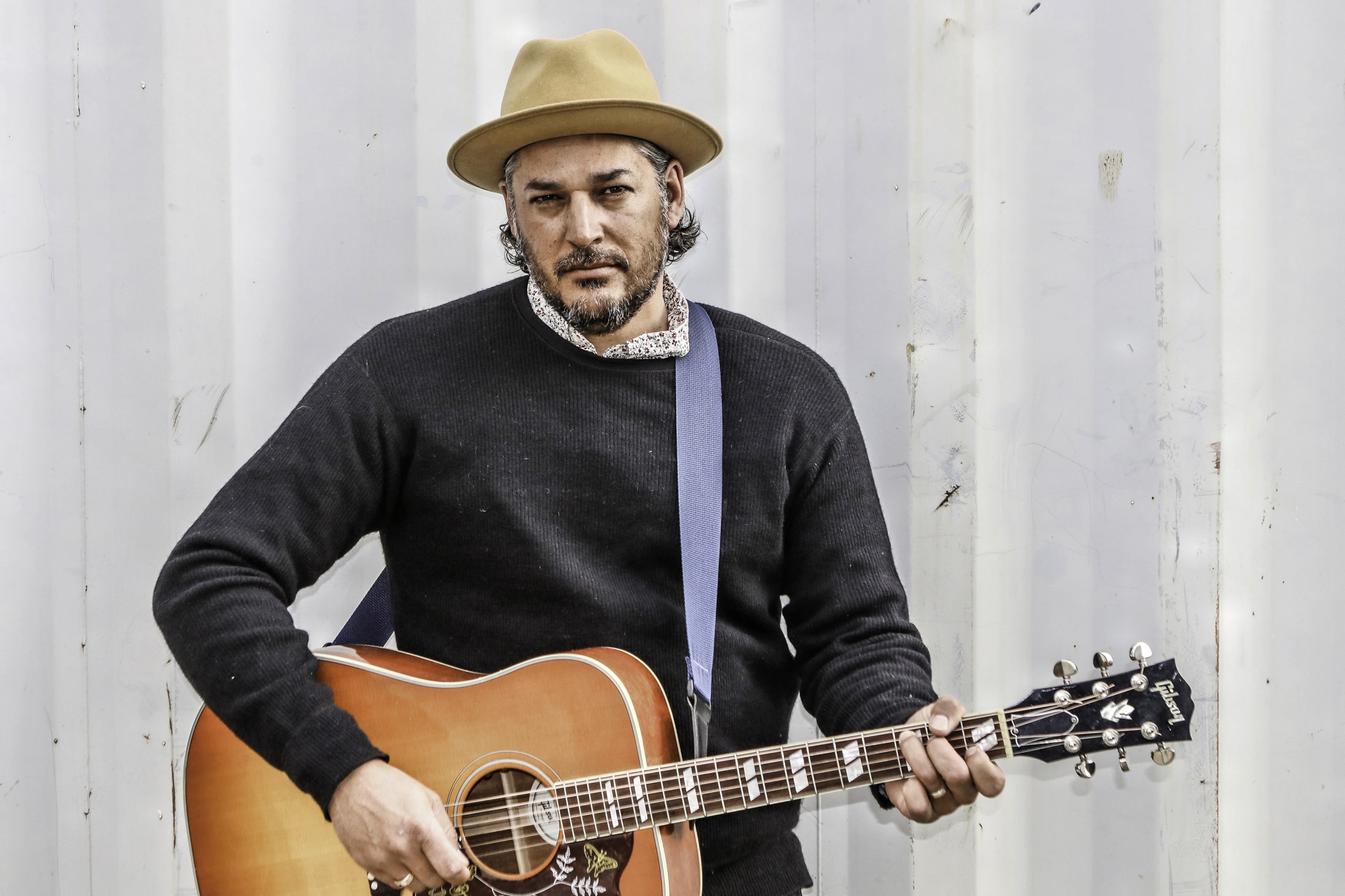 To celebrate the release of Adrian Sutherland’s debut solo album, When The Magic Hits (out now), the acclaimed roots-rock singer-songwriter curated a brand new “Searching For Something Different” Spotify playlist that you can stream below.

Sutherland is a roots-rock recording artist with heart from Attawapiskat First Nation on the James Bay. He’s a singer, songwriter, musician, writer, speaker, and advocate. He’s also a father of four, grandfather to four, a traditional knowledge keeper, and respected cultural leader, fluent in Mushkegowuk Cree.

After building his own recording studio in a sea-can out of necessity during the pandemic, Sutherland completed tracking for his debut solo album, When The Magic Hits. He also finished scoring his first television series, and began writing his first book for Penguin Random House Canada about growing up in Attawapiskat – a remote and sometimes-harsh place he still chooses to call home.

The fascinating frontman and founder of all-Cree rockers Midnight Shine, Sutherland released four albums with the band before shifting to solo projects in 2019. Debut single “Politician Man” hit #1 on the Indigenous Music Countdown and won Best Performing Arts & Entertainment at Canada’s oldest film festival. Second single “Respect the Gift” debuted in January 2021 and also reached #1 on the IMC. “Right Here”, the first single from Sutherland’s upcoming album, was released in June and has been earning national attention for its music video made from 1600 selfies.

Sutherland cares deeply about many causes, and is using his music and voice to share first-hand perspective on issues facing First Nations like contaminated water, housing shortages, food insecurity, addiction, and mental health. At a time of growing awareness about Reconciliation, Sutherland is hopeful for Canadians to better understand one another, and take further steps together.

Oh that acoustic guitar sounds good during the intro but then this big sound comes out of nowhere once the whole band comes in. Love the big groove going on throughout the whole song.

I love the music in this song, and for me it puts me in a space where I’m just chilling out somewhere with little care about what’s happening around me.

Lots of wolves up here where I’m from and immediately, the drums come banging out of the gates and “Here Come The Wolves” quickly grabs your attention.

What do I say about this one? Wow, such an amazing song and I absolutely love it! I’ve been listening to this band for as long as I can remember and the music just keeps on giving.

The Northern Pikes – “She Ain’t Pretty”

This song takes me back to my younger days, I love a good classic rock song. It’s a comical song in some ways that I never get tired of.

Love this message about getting to a place like New York! I’ve always thought about going to the big city, and some days this still rings true. My new album has a tune about ‘big city dreams’ and someday dreaming of going to a big city like New York.

Blackie And The Rodeo Kings – “Stoned”

Sometimes I feel stoned when I’m enjoying the wilderness up here, or listening to music – or of course, for me, it’s a natural high to be on the land and take it all in. Oh, and it’s just an all-around bad ass song!

What a beautiful song, I can relate to moving from a place of struggle to a place of healing and moving on. Serena is also one of my favourite singer-songwriters. I absolutely adore her, and it was an honour to write with her for my new album.

Sometimes we build up things in our lives that are heavy. When I listen to this song it reminds me of all the trials we go through.