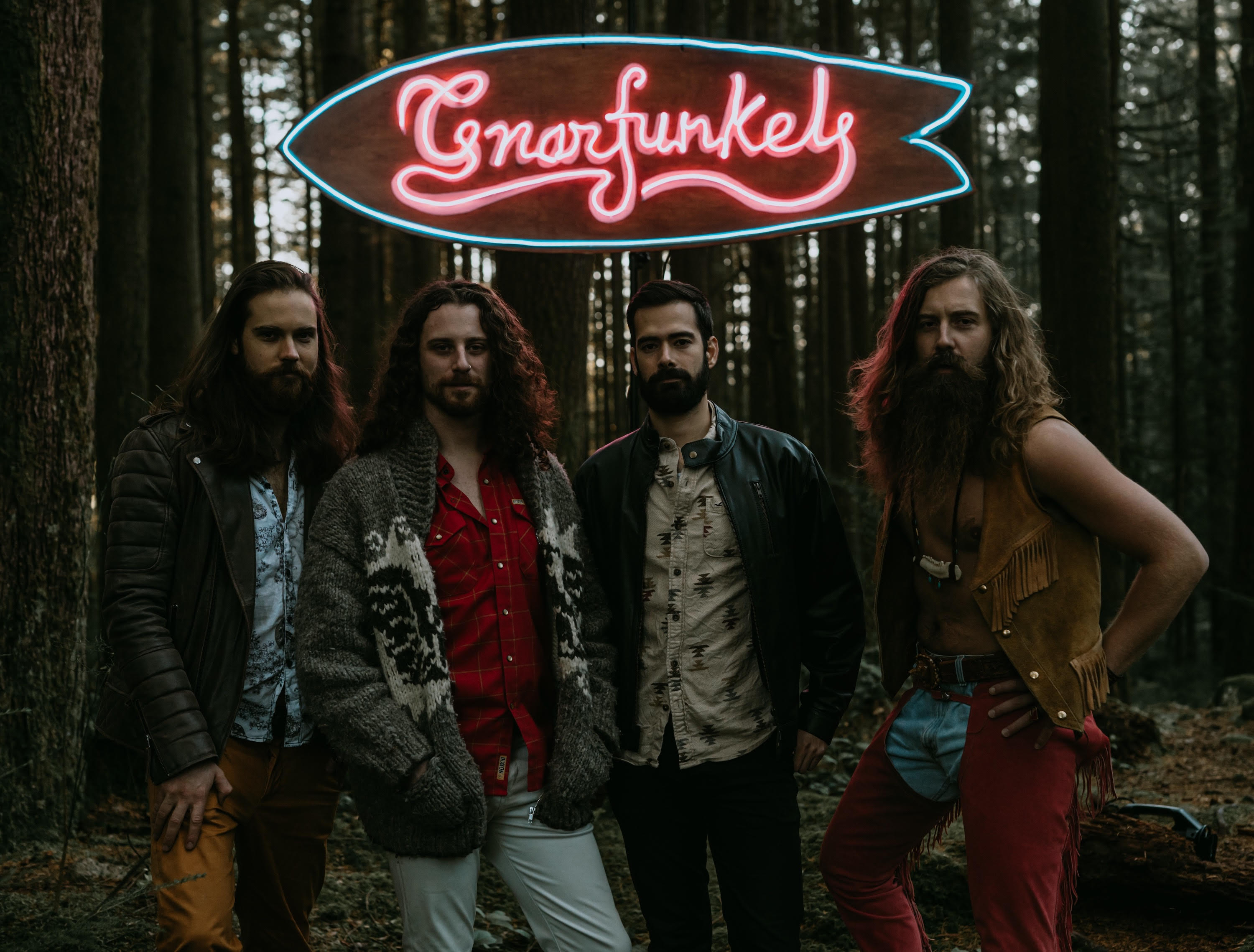 Emerging Vancouver-based funk band Gnarfunkel is back with their new single “A Million Monkeys”, which you can stream exclusively via Aesthetic Magazine below.

“A Million Monkeys” is the latest single from Gnarfunkel’s debut EP Gnarnia, which is set for release on May 6th. The chill groove-driven track is a road-tested fan favourite about how hard it can be to express your emotions.

“Sometimes you struggle to find a way to put love into words,” says vocalist Myles Hildebrand. “One day you decide that even a monkey, wildly and randomly clacking away at a typewriter, could do a better job. “A Million Monkeys” tells this story with whimsical harmonica, funky verse rhythms and soulful slide guitar.”

Gnarfunkel is making waves with their electrifying live shows and unique melange of musical styles. Their sound incorporates elements of funk, psychedelic rock, hip-hop, Latin rhythms, and eastern tonalities in a sound they dub “west coast funk”. They are known for their outrageous stage antics, and performances that flow seamlessly from start to finish taking audiences on an energetic journey through time and space.

Under the guidance of Juno-nominated producer Tom Dobrzanski, Gnarfunkel recorded their debut album Gnarnia during the live music hiatus of 2021. A number of singles from this album will be released in early 2022, including fan favourites “A Million Monkeys” and “Bamboo Bong”. Gnarnia will be released in May 2022 with a limited edition vinyl pressing and artwork designed by renowned European artist James Fletcher. The album will be supported by a Canadian tour featuring stops in Western Canada as well as the band’s first shows in Toronto and Montreal.