With Pharrell putting another feather in his cap when it comes to 2013 feature spots, Daft Punk delivered a song that is both infectiously groovy and enjoyable to dance to. The two robots brought a little soul back to dance music not just on “Get Lucky”, but with Random Access Memories as a whole.

Becoming somewhat of a summer anthem, the slick guitar work of Chic’s Nile Rodgers was an ear worm for many. Shaking up dance music and turning it on its head was something it needed, and the robots were incredibly successful in doing so. Forget Robin Thicke, this should be the universally recognized song of the year.

Whether or not you were a fan of the new stylistic direction Kanye West took with Yeezus, it’s undeniable that a lot of the cuts from the record came with a message. Bringing anti-establishment and anti-racism to the forefront, “Black Skinhead” was one of those tracks. Crashing drums, chanting, and an almost-tribal feel are just a few of the things that make this track one of the best to grace my ears this year. [I’ve been a menace for the the longest/but I ain’t finished, I’m devoted] he raps with fury, letting the world know that this is just the beginning. Minimal, jarring, dark, rebellious are  all elements of “Black Skinhead” that made Kanye one of the most interesting figures of the year. 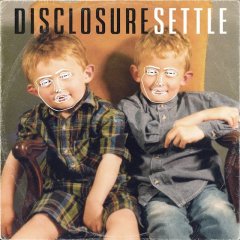 The majority of Settle is incredibly infectious and memorable, but a track like “White Noise” deserves special recognition for it’s four-on-the-floor dance groove, swirling synthesizers, and the sweet-as-candy vocals of Aluna Francis (one half of AlunaGeorge). With both artists playing a part of the current shift in U.K. dance music (a large comeback of house/garage styles), this collaboration is a match made in heaven. Structurally, the deep wash of synths in the bridge is the key to making this track one of the best of the year, before quickly returning to the chorus.

“Retrograde” sees James Blake’s soul music influences finally come out to play in full force, with an almost gospel-esque hum directing the listener towards sombre, reflective lyrics. Make no mistake, his electronic sensibility also makes a grand appearance, as a long, buzzing drone continues to build around Blake’s crooning before dropping back to his reserved humming.

The song sets a benchmark for Blake as a songwriter as well complementing his production skill, with the emotional charge of lyrics such as [I’ll wait/So show me when you’re strong/Ignore everybody else/We’re alone now]. It’s one of the pieces that makes Overgrown an excellent sophomore effort for the influential young Brit. 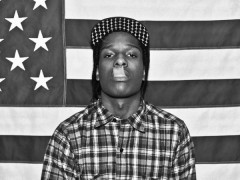 Largely overshadowed from leaking a month in advance, A$AP Rocky’s Long.Live.A$AP was noted to have one of the most lengthy list of features on one track this year. In what is truly the apex of the record, “1 Train” features high-energy verses from some of rap’s notable new emcees from across the United States, bringing the West, East, and the south together for one big hip-hop celebration. Are there too many features in one song? Perhaps – but all this up-and-coming skill in one place makes for a great case for this track to earn posse cut of the year. One can only imagine how much of a party this one was to record.