//
you're reading...
Everything Under the Sunday, Music

Everything Under The Sunday Podcast – Episode 3: The Wooden Sky

Posted by Aesthetic Magazine ⋅ September 17, 2014 ⋅ Leave a comment
Filed Under  CBC Radio, Everything Under The Sunday Podcast, Podcast, The Wooden Sky, Toronto 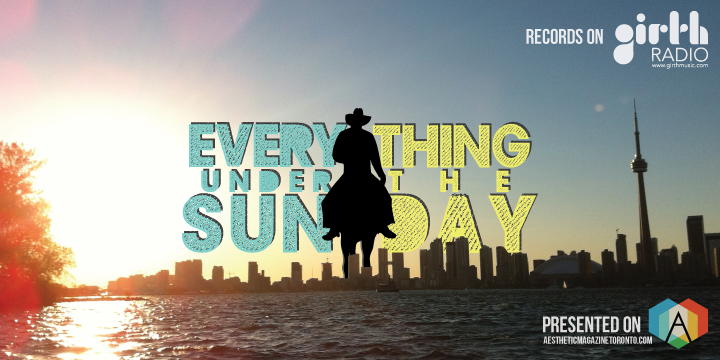 Everything Under The Sunday bring you one day closer to the weekend.

The Everything Under the Sunday podcast is an eclectic mix of music, live performances, guest DJ sessions and interviews with emerging artists; recording live on Girth Radio with host Patrick Topping and presented on Aesthetic Magazine to bring the weekend one day closer to listeners.

On episode three of the EUTS podcast, Patrick speaks with Simon Walker (guitarist/multi-instrumentalist) of Toronto’s alt-folk group The Wooden Sky on the weekend following the release of their newest album, “Let’s Be Ready“. On the new album, lyricist and singer Gavin Gardiner’s multi-faceted lyrical narratives entwine with equally-nuanced arrangements, and Simon shares his insights on their songwriting process. The album also represents an arrival for the group, as they released the album on their own record label imprint, Chelsea Records. Simon speaks to the freedom afforded having their own record label, and the weight of what it means for their developing role in Toronto’s local musician community.

Patrick and Simon know each other from when they were younger, and the conversation is an insightful dialogue between peers in Canadian independent music – one as a working musician and the other a repatriated member of the industry – about government grants for Canadian music, and the vitality of CBC Radio as an institution.

The podcast also includes three songs from the new album, including “When the Day is Fresh and the Light is New”, “Our Hearts Were Young”, and “Let’s Be Ready.”

For more about The Wooden Sky, visit chelsea-records.com.