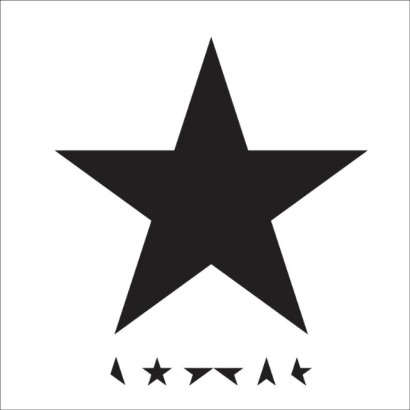 “Look up here, I’m in heaven
I’ve got scars that can’t be seen
I’ve got drama, can’t be stolen
Everybody knows me now”

So sings a ghost.

24 hours ago, we would have remarked that Blackstar is a meandering journey through David Bowie’s monstrous career. Today, we all woke up to learn it was his swan song. Blackstar is Bowie’s 25th album. Today we bitterly add ‘and final’ to that distinction.

It needs to be said: Blackstar is not a nostalgia album. Bowie didn’t do nostalgia. As influential as he was, what defined him was a knack for constant reinvention, a connection he shared with every artist he influenced, from Nine Inch Nails to (in this album’s case) to Kendrick Lamar and Death Grips.

The album’s first, eponymous track is remarkable in and of itself. Firstly, it’s a roaring ten minutes in length, but it still manages to only be Bowie’s second-longest song, next to “Station to Station”. It features a drum and bass beat (of course it does), which Gregorian chants inspired (of course it was), and he framed it in Avant garde jazz saxophone (of course it is).

As of this moment, “Lazarus” represents Blackstar in its most poignant and devastating form. Instrumentally, it’s a gentle, trip-hop amble, accompanied by raw, jangly guitar bursts and (as with the rest of the album), a sad, wistful saxophone. Lyrically, “Lazarus” is vintage Bowie. They’re ethereal, romantic and frank – this time about his own mortality. Here, he knows the end is approaching, and he acknowledges the indignity of fighting it. “Look up here, man, I’m in danger/I’ve got nothing left to lose/I’m so high, it makes my brain whirl”. Yesterday, “Lazarus” could have spoken to Bowie’s ability to creatively reinvent himself, but today it is a life gone by, resurrected and reflected upon by a dying man.

Blackstar’s final track “I Can’t Give Everything Away”, the tempo and melody elicits Station to Station, with a bittersweet, upbeat melody, synth-driven percussion, all against a wall of sound. Bowie bemoans the forced distance of having to keep his terrible secret from the world. “Seeing more and feeling less/Saying no but meaning yes/This is all I ever meant/That’s the message that I sent”

This is the most textured song on the album, cohesively combining bits of every chapter of Bowie’s career. You can hear the minimalism and guarded optimism of his Berlin trilogy fade in and out of the ether, alongside Bowie’s mournful croon. And in all of this, special precedence is given once again to wandering saxophone notes.

Even with the wealth of sonic choices on Blackstar aside, the way we view them has changed so drastically today. Yesterday, we would have noted Bowie’s emphasis on the saxophone, because of its omnipresence throughout his career. Today, we realize it cuts much deeper. When he was 12, Bowie’s parents bought him an alto saxophone with all gold keys. Knowing he needed help learning it (Bowie self-taught himself to play several instruments, but knew this one would require a helping hand) he worked as a butcher’s delivery boy to pay the two quid each lesson cost. His teacher? Ronnie Ross, who played the iconic solo on Lou Reed’s “Walk on the Wild Side”.

Blackstar proves the rarity of rock stars like David Bowie. Every tribute that pours in is (rightly) in awe of him, but Bowie always preferred to be the one in awe of his contemporaries. The saxophone that weaves its way through David Bowie’s final album represents what he loved most; being a student and a vessel for the joy only music can bring. In the story of David Bowie, Blackstar is the epilogue, as it turns out. We all want to thank him for a catalogue that lives outside of time (and space), but clearly he’s saying “no, thank you”. Ain’t that just like him?

Essential Tracks: “Blackstar”, “Lazarus”, “Sue (Or in a Season of Crime)”