Interview: Zakk Wylde on “Book of Shadows II”, working with Ozzy, and advice for young metalheads 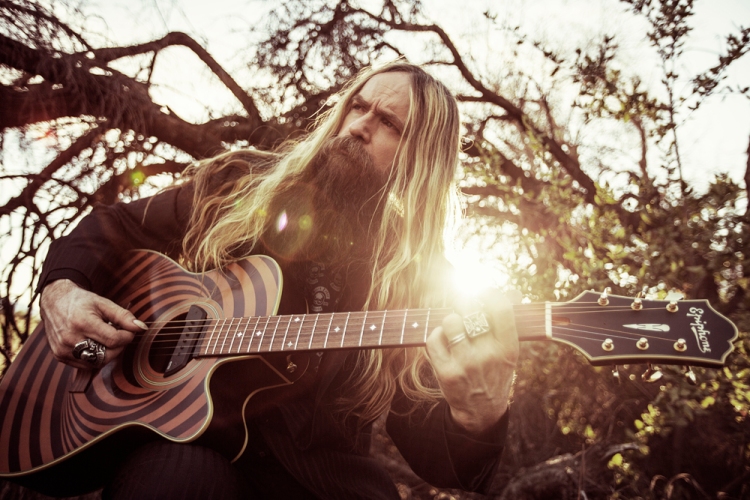 W hile guitar god Zakk Wylde is widely known for his work with Black Label Society, and Ozzy Osbourne, the New Jersey-born shredder will release his second solo album, Book of Shadows II, on April 8th via eOne Music, his first solo release in 20 years. In our new interview, Wylde talks about his new album, his journey through the music industry, advice for young metalheads, and more.

Nothing. Twenty years has gone by obviously, so it’s twenty more years of living. The constant theme throughout it is still my love for all of the music that I like. Whether it’s Van Morrison, The Band, Neil Young, Elton John, Bob Seger, the stones, The Eagles, The Allman Brothers, Lynyrd Skynyrd, Bad Company when they do all the mellow stuff and I still listen to some Pulp and Percy Sledge, and stuff like that.

So that hasn’t changed, that’s the constant throughout it. It’s not a departure, but that’s why we called it the Book of Shadows II. This way, the people who liked the first one, that would always ask if I was going to do another one – it’s a road trip mellow record from the beginning to the end.

Would you say that your solo sound is influenced more from your Lynyrd Skynyrd, Elton John side, rather than your work with Black Label Society and Ozzy?

I listen to everything, I don’t just listen to one type of music. It’s a conglomeration of everything you listen to and what you’re a fan of and what moves you.

You’ve worked with many other artists and have expressed what an honor that’s been, but what has the writing and recording process been like, going back into your own headspace and creating something that’s solely yours again?

Usually when I write, I write from beginning to end. I don’t write where it’s bits and pieces laying around all over the place and I’ll use it later on. I’ll get up in the morning, like with this Book of Shadows record, the way it was written, we decided what month we were going to go in and do it after we came off the road, but I just start writing in the morning. I don’t write all the time. I might come up with ideas here and there, but when I know I’m going to get ready to do a record or something like that, it’s time to start digging and writing. [I take] about a month or so and I just start writing songs every day. So whatever you find, you find.

We go in and Jeff [Fabb] will be sitting there on the drums playing the song and I say here’s the intro, here’s where the song comes in, pre-chorus, chorus, then we’ll go back to the intro, then to the guitar solo, here’s the bits and pieces of the song. Jeff [Fabb] will play air drums sitting right next to me and then we go in and track it. Then JD [John DeServio] will play bass on it and after he’s gone, I do all of the guitars, then I write the lyrics – lyrics are usually last – and then I’ll do the singing and we’re all done. Then we mix it.

You said this has been a much less condensed writing and recording process compared to that of Black Label Society’s norm. Would you say you get a different kind of satisfaction when you create something like this?

You were able to use equipment that you designed in the writing and recording process for this album. Do you think that brought anything to the album, creatively, or in the outcome of the sound?

Not really. I did use all my gear, but it didn’t influence the way I was writing or anything like that. I could’ve written the album on a little kiddy guitar and recorded it with my stuff. Maybe other people, but not for me. That had no bearing on it. Although, I did use all my gear, the new Wylde Audio stuff. I used all the guitars, my amp and one of my prototype pedals.

Zakk Wylde will release his is second solo album, Book of Shadows II, on April 8th via eOne Music.

Your new War Hammer, Odin and Viking custom guitars were featured at NAMM and the Bohemian, Barbarian and Raven editions are anticipated for later this month or April release, right?

They’ll be in May right now. When I get home I’ll be able to check out the Barbarian, that’s next on the list. After that we’re making the Raven, so they’re coming next.

What do you look for in a guitar that you’d consider perfect and how does it feel to have your own line of signature guitars?

It’s awesome. It’s the ultimate freedom. For me, the whole thing is [that] it has to play great and sound great. Owning my own company, people are like “what are you going to do?” Just make it great. There’s no excuses [as to] why it shouldn’t be great. Just use good wood and [in] the construction, you make sure it plays great and sounds great. It’s not rocket science.

Can fans expect more solo work in the future, or will time just have to tell?

We’re doing this one right now and after we tour behind this, we’ll be itching to do the heavy stuff again and there will be another Black Label Society album.

What do you think will be different for you about touring with your solo material? Is there anything that you’re most excited about?

I’m looking forward to playing these songs live for sure.

You’ve used the sports analogy of climbing the scale from player to owner in comparison in climbing the ladder in your own career as a musician.

It really is the truth. You’re a player, then you coach a team, then you’re a general manager, then you’re vice president of operations and the only next logical step is that you’re team owner. It’s not for everybody. Some guys are just like “I couldn’t care less,” but it all depends on what you want to do. I love working and I enjoy having my hand in everything. So if you can do it, why not?

Looking back at everything that’s happened since Ozzy picked you up at 19, how does it feel to be sitting where you are?

I’m truly blessed. I thank the good lord every day. When I wake up in the middle of the day and when I go to bed. It’s amazing, the fact that Ozzy took a chance on a 19 year old kid from New Jersey. Ozzy introduced me to the world and gave me this opportunity that I have. The whole thing is [that] you have to put in the work and you have to enjoy the process. You don’t start lifting weights and look like Mr. Olympia in two weeks, that’s not the way it works. You have to put the time in, put the work in, and you have to enjoy the process.

What would you tell a young metalhead filled with dreams of making it as far as you have?

You have to be all in and you have to enjoy the process. Just because you’re not playing Madison Square Garden in two months, you don’t quit the band. You just keep going, you slug and slug, and you keep grinding. You have to be willing to put in the work, that’s all.

To me there’s never been any bad, as far as me starting with the boss at 20 years old and I’m playing arenas and stadiums. Then when I started with Pride and Glory and Book of Shadows and I’m playing in clubs with eight people there. Three of them are on heroine, two of them are on crack/cocaine and one guy works there. You go from being in arenas and stadiums, to sitting in a van and driving around the country. I’ve enjoyed the process of the whole thing. As long as I was always playing, that’s all that matters. You keep building. That’s the advice I’d give to any aspiring musician.

Would you say it was weird going from something so big to something small, or just different?

That’s my journey. Everyone has their own story and their own path. Mine is different in regards to Guns N’ Roses playing and sleeping on people’s floors, then slumping it and having no food and doing what they could to become the biggest band in the world. Mine was from being in a band that there was nobody there, then all of the sudden I get the opportunity to play with Ozzy. I’m playing in front of arenas and stadiums, but it was already there. Ozzy’s built that between his years with Sabbath and the years with Randy [Rhoads] and Jake [E. Lee]. So I walked into something that was already a winning franchise. Then I had to start all over again with my own thing. Once again, it comes down to if you’re afraid of work, then you shouldn’t be doing it. I don’t even look at it as work, I look at it as something I love doing and as part of who I am.

I’m sure that’s one of the most gratifying parts, being able to have your love for work and something that you love combined and made into your entire life.

Yeah, totally. I mean you start off as a hot dog stand and then get another one, and another one, then we start hiring our friends, then you start building and building, next thing you know we’re Wienerschnitzel and we’re all around the world.