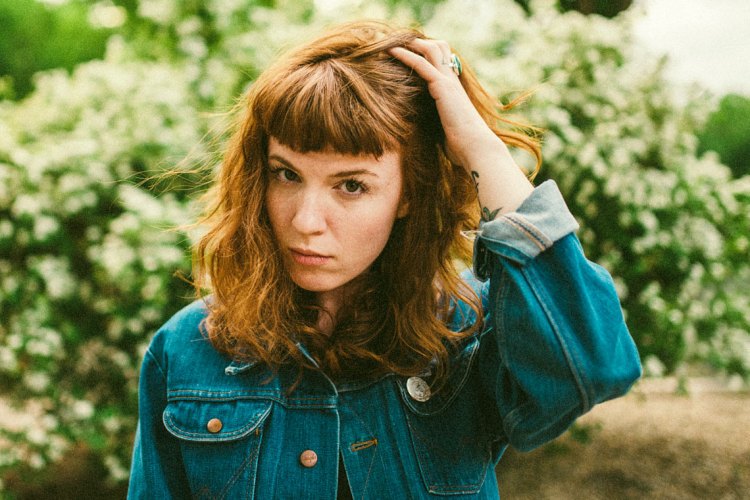 We are thrilled to premiere rising Saskatchewan-based singer-songwriter Megan Nash’s new lyric video for “Salted Salamanders”. Watch it below!

“This song tells little snippets of stories about my Grandpa Woodward,” says Nash. “He was a loveable character with an admirable sense of humour, a healthy habit for daily morning walks, and a taste for all kinds of beer.”

Calling her latest album Seeker was a natural choice for Nash as she admits to being on a quest for spiritual meaning for some time now. Finding it on her own terms seems to have only intensified in the past few years and she channeled those thoughts into Seeker’s10 songs.

As the follow-up to Nash’s acclaimed 2015 album Song Harvest Volume One, Seeker brilliantly captures her creative evolution since then by taking her personal, roots-based songwriting to bold new heights in the studio. The most obvious contrast to Nash’s previous work is that on Seeker she collaborated with a band for the first time, the Regina-based ambient/alt-rock unit Bears In Hazenmore, and the chemistry they share was evident from their first meeting.

The collective excitement soon led to sessions over the winter of 2017 with engineer Orion Paradis (Library Voices) at Soul Sound, a unique space in Regina shared with a contemporary dance studio. The location allowed for a lot of flexibility; although Nash had many songs ready to record, new ideas were continually being developed throughout the sessions.

“I’ve done a lot of songwriting workshops with kids, and I always encourage them to keep a journal,” she says. “I haven’t always followed my own advice, but at some point I decided to look through my old journals, and ‘Bad Poetry’ came out of some things I’d written back in 2013 when I was clearly angry and going through a hard time. I sort of approached writing the song with the idea of giving my 23-year-old self a voice now that I didn’t have back then.”

Nash describes Seeker in general as “self-indulgent,” although that can be interpreted in the strictest sense of doing exactly what she wanted to do. She adds that that’s why she’s always been comfortable being known simply as a singer/songwriter, since it allows her the freedom to pursue any musical direction she sees fit.

“We first worked together at a music camp in Swift Current, Saskatchewan that the Bears facilitate and I was their guest performer,” Nash says. “My last album was bare bones—just voice and guitar—so they took a couple of the songs and did their own arrangements for us to perform together. I was blown away by what they did so it just made sense to try to go further with it.”

There is certainly something to be said about the tight-knit Saskatchewan music community, which has launched several artists onto the international stage recently. Many of them, like Nash, grew up on farms, something she believes helps instill a work/lifestyle balance suited to being an independent musician. However, music may not have been a chosen career path for Nash if, at age 16, she hadn’t witnessed a punk rock show at her town’s community hall featuring a couple of her high school friends. She still describes the night with wide-eyed awe, thinking that her classmates had “made it.”

“We didn’t have cable or the internet when I was growing up, so I latched onto basically anything I heard, most of which is considered totally uncool, but I don’t care,” she says. “We had a country radio station though, and that eventually got me into artists like Patsy Cline, Loretta Lynn and Dolly Parton—really strong female voices who remain some of my biggest inspirations, along with Stevie Nicks, k.d. lang and Neko Case.”

Megan Nash will never lose touch with that part of her life, but there are very few traces of it evident on Seeker. As an artistic statement, the album displays the full range of Nash’s talents as a songwriter, vocalist and producer—the culmination of one stage of her journey while simultaneously beginning the next.

May it serve you well on your own quest.