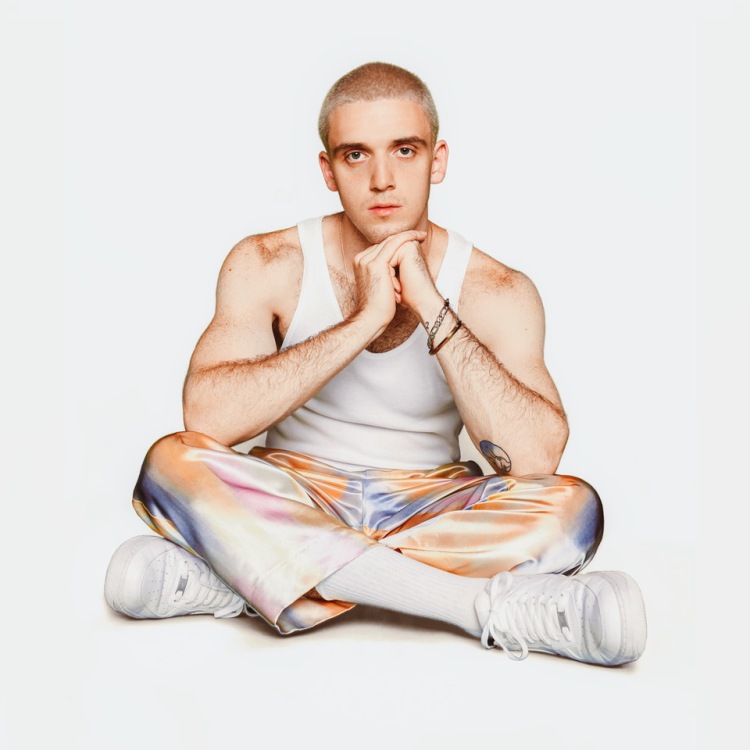 Delivering a whopping total of 21 tracks and featuring guests ranging from multi-Juno award-winning songstress Alessia Cara to K-Pop supergroup BTS, the music world has been on the edge of its seat awaiting the much-anticipated debut album from rising pop star, Lauv.

An independent artist, but no stranger to the big stage, the Los Angeles-based singer and songwriter has had an impressive history leading up to his first studio release. Crafting multi-platinum hits, co-writing with legends such as Celine Dion, and occupying the No. 1 spot on Billboard’s 2018 Emerging Artists Charts for more than three months, Lauv has steadily churned out catchy hits on a consistent basis, a skill that has only added to the hype surrounding his latest release. Yet, it hasn’t always been an easy road for the man behind the music, Ari Leff.

Documenting everything from reaching his lowest point in 2019 to arriving at a state of happiness and self-acceptance, ~how i’m feeling~ (out now), offers fans the chance to experience Lauv’s world of emotion and color.

And with a little help from the rainbow group of six “Little Lauvs” personifying the multiple facets and colors of Leff’s personality, the singer and his very own “one-man boy band” demonstrate that loving and embracing all of who we are is not as difficult as it may first appear.

So before you dive into your own feelings and binge-listen to the entirety of Lauv’s debut album, check out our interview with Ari about ~how i’m feeling~, connecting through technology, future plans, and more!

Congratulations on your new album! ~how i’m feeling~ is a truly massive record in all senses of the word! How did you go about picking which 21 songs would make the cut?

I probably wrote about 50 songs, and then I had to narrow it down. I wanted to choose songs that represented different sides of me, and I feel like the album really does that.

Were there any songs that weren’t necessarily singles, but you knew were keepers from the start?

Yeah! I don’t think every song is meant to be a radio single. I just wanted songs that I really loved and I felt said something that was important to me.

Most bands or artists drop around three or four music videos per record, but you’ve completed one or more videos or visualizers for each of your 21 tracks. What inspired you to shoot all of these?

I wanted to give context for the different characters [the group of six color-coordinated Lauvs, representing separate personality traits] so that it wouldn’t be boring when you watched it on YouTube.

Did you have a favorite music video or visualizer to film?

One song I particularly enjoyed is “Modern Loneliness”. It hits upon the idea of living “alone together” in a digital world and has clearly resonated with a lot of people. Has your view of the internet and social media changed any compared to when your first began writing the record?

I think that the internet can be very contrived and over thought. Actually though, with everything going on right now, people are using the internet for better things than they ever have.

Do you feel that the song’s message is amplified even more now that a lot of people are social distancing due to the pandemic?

In a way, but I also think that people are using technology to talk to family more, and to do things that are more based in real connection.

That’s true! Another song-video combo that caught my attention was “Sims”. It’s very relatable and directly references the idea of dealing with the multiple aspects of your identity. Why did you pick “Sims” to portray that message compared to another song off the album?

For me, “Sims” is the kind of song that is about going through a situation, and wanting to redo it differently. So, I thought it just felt like the right song to do that.

Do you see each song on the album as having a primary leading color or personality associated with it?

Yeah! Some of them have multiple colors though.

You have some great collaborations on the album, ranging from Alessia Cara and LANY to BTS. How do you go about connecting with the other artists so you’re on the same page emotionally when it comes to writing?

I don’t think it necessarily needs to be that we are all on the same page for a song. I think it’s more important that we each express our own perspective.

In your career you’ve not only collaborated with some of the biggest stars in music, but have racked up billions of streams and sold out headlining shows in 21 different countries, all before releasing your debut album! Now that ~how i’m feeling~ is out, what are your goals moving forward?

For me, I think it’s always progressing, and doing something different with each album, trying to challenge myself to write differently and have a more immediate process and be more honest about where I’m at in life.

To wrap things up, I have a couple fun fill-in-the-blank questions!

At the moment, my favorite color is…

If I wasn’t a musician, I’d probably be…

One song I can’t stop listening to is…

Last one! In my free time I love to…

Play with my dog Billy