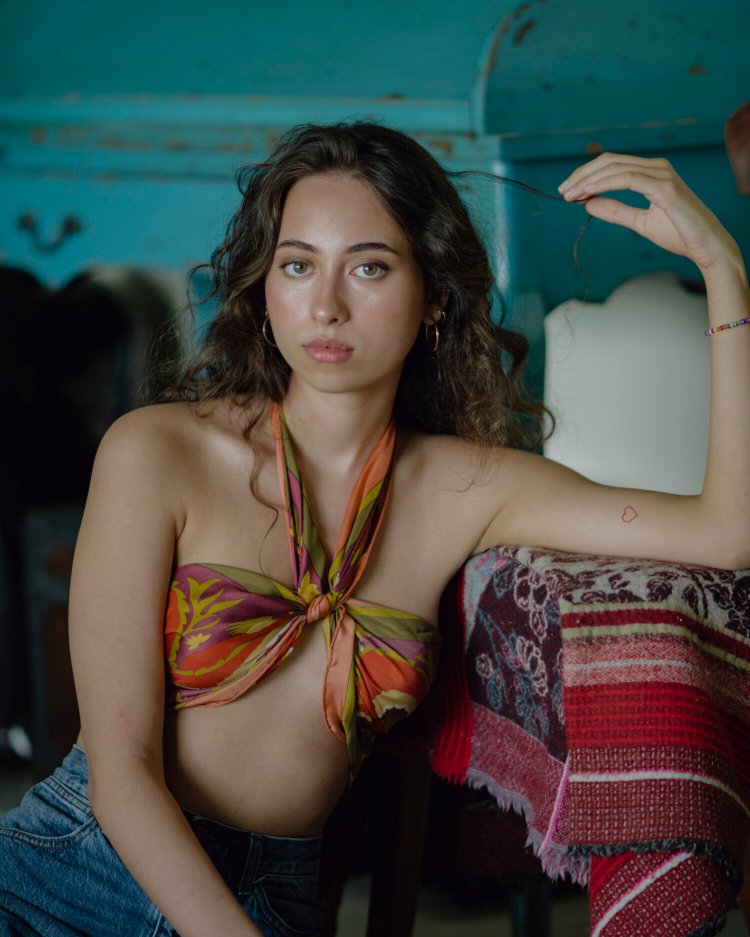 To celebrate the release of her debut track, “Little Did I Know” (out now via Warner Records), Panamanian singer-songwriter Sofía Valdés has curated a brand-new Spotify playlist packed with songs that have not only inspired her work, but make her laugh, reminisce, dream big, and continue to shape her into the artist she is today. Stream it exclusively via Aesthetic Magazine below.

Born into a prominent music family, Valdés’ name alone draws comparisons to the success of relatives internationally renowned for their musical talents. Yet, even with big shoes to fill as the great-granddaughter of legendary Cuban musician Miguelito Valdés and great-great-granddaughter of acclaimed songstress Silvia De Grasse, Sofía has still managed to carve out her own identity while remaining true to her family roots.

First picking up a guitar at eight years old and teaching herself English by listening to pop, and later British folk, ’60s Motown, ’70s soul, classical, and bossa nova tunes, Valdés (who can just as easily rock out to Queen or Bob Dylan as Jorge Ben Jor) artfully mixes a variety of influences throughout her alt-pop creations.

Melding dreamy vocals, airy acoustics, and subtle nods to her rich Latin heritage into a stand-alone signature style, Valdés invites listeners to view “Little Did I Know” as a gentle segue into the next generation of multi-cultural music.

Y La Bamba – “Ojos De Sol”
This is just one of the prettiest songs out there.

Blossom Dearie – “Somebody New”
In one of my sessions, I wasn’t feeling like writing and the other person in the room didn’t either. We just showed each other music for five hours straight. It was a great day.

Jorge Ben Jor – “Oba, Lá Vem Ela”
This song makes me SO happy. I used to play it getting off the train in London from Liverpool and it always felt like “small girl from a small country trynna to do big things”. As stupid and yucky as it sounds, this song is kinda like a lil anthem of me following my dreams, ew.

Bobby Womack – “That’s The Way I Feel About ‘Cha”
I love anything Bobby Womack. I would’ve loved to just send you guys his entire album [for this playlist] and that’s it.

Elliott Smith – “Angeles”
Elliott Smith had a HUGE influence on me. I love his guitar playing. It’s super simple but well crafted. I would’ve also liked to send you two of his full albums, Figure 8 and Either/Or.

Arthur Verocai – “Que mapa?”
This is a pretty “I’m in a coffee shop and I don’t want to talk to anyone so I put my headphones on” song to play.

Bob Dylan – “Girl from the North Country”
Bob Dylan had such a big impact on me lyrically. This is my favourite song of his. It’s also in my favourite movie, Silver Linings Playbook.

Al Green – “Tired of Being Alone”
Al Green is such an obvious artist to listen to if you love old music. But somehow, I had no idea about his existence until recently. This is a pretty famous song of his.

Vetiver – “Current Carry”
This song reminds of being at the beach in Panama in 2015 with my best friends. We had this little golf cart we would drive around and play this song.

Bon Iver – “Beach Baby”
You know when you are on a plane and it starts shaking so much you are pretty sure the plane is gonna fall? This is my turbulence song. It calms me down.

Radiohead – “No Surprises”
When I would get sad, I would play this song on repeat and walk around Liverpool.

The Impressions – “I Can’t Stay Away From You”
This has been my favourite song for the past year. At minute 1:30 when the harmonies come in, I can like… die happy after listening to that.