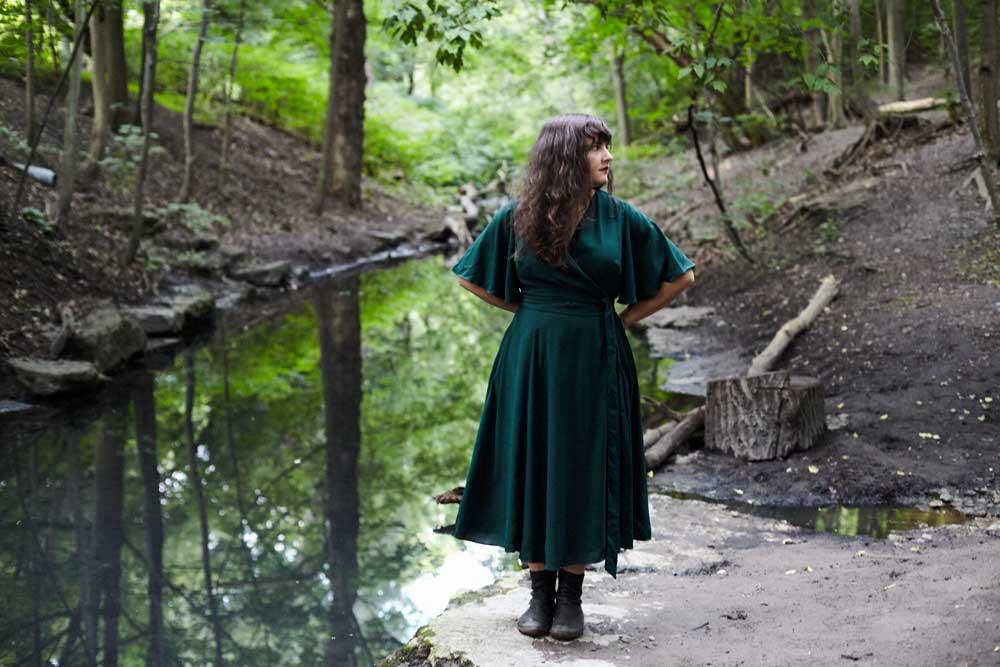 As Abigail Lapell’s tour dates continue this week with stops in Alberta and BC, the acclaimed songwriter has shared the new animated video for “Scarlet Fever”, a track off her latest album, Stolen Time, out now via Outside Music.

“The idea for this video was a miniature fever dream exploring quarantine, isolation and folkloric rituals of healing and recovery,” says Lapell. “It’s the third in a three-part series of music videos made in collaboration with Montreal puppet theatre Panadream over the past five years and three albums. I started writing this song in the early days of COVID, which felt like such a fragile, uncertain time. The lyrics are loosely inspired by an elderly relative’s stories of being quarantined with scarlet fever in the 1920s, which made a big impression on me as a child. Some of that imagery shows up in the video – like the red sign posted on the door of a quarantine house – along with handmade marionettes, shadow puppets, animation and elaborate set pieces. We wanted to create a tiny, surreal world with its own shifting and uncertain logic.”

Lapell’s latest LP, Stolen Time, out now via Outside Music, strikes a fine balance between her hushed acoustic debut, Great Survivor, and her two rockier, Chris Stringer produced records, Hide Nor Hair and Getaway. Stolen Time brings a live-off-the-floor 70s folk-rock vibe with more structural experimentation to the table on songs that feel expansive in their scope; unhurried, psychedelic, and other-worldly.

For a full list of dates and ticket information, please visit abigaillapell.com/shows