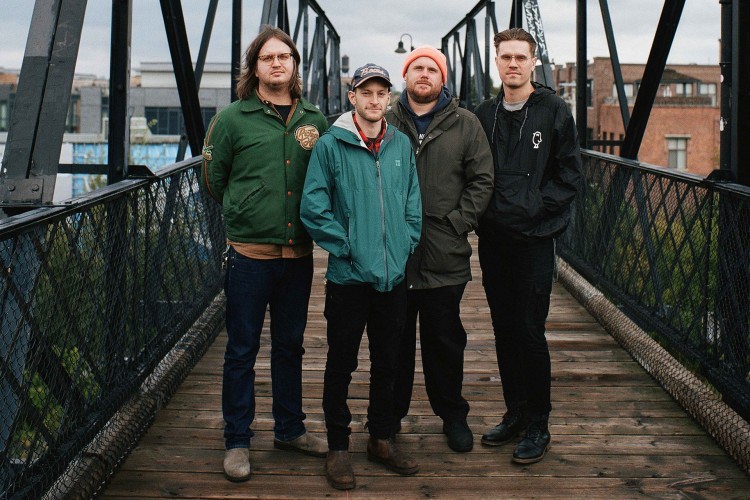 Following the end of the band’s recent world tour, a run that had them on the road for nine months, PUP has shared the video for “Morbid Stuff”, recorded live and shot on cheap handheld cameras handed out to 19 fans the band personally connected with in advance of their recent London dates. The clip showcases the sweat-stained euphoria of the band’s shows and once again captures the unique bond between PUP and the people that come to their gigs, screaming every word.

Beginning February 20 the band will head back out on the road for a run of North American tour dates with festival stops this summer at Coachella, Boston Calling, Shaky Knees, and more. Full dates can be found below. It was recently announced that following 9 months touring last year, the band had offset the entire tour’s emissions through Less.ca. To raise the funds necessary, vocalist Stefan Babcock set to create 50 personalized one-of-a-kind tattoos for specific fans, all of which he’d connected with directly, again blurring the line between the band and its fans.