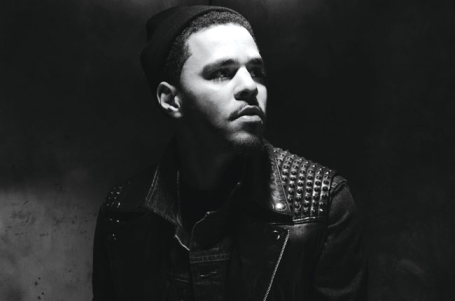 J.Cole’s final stop on his “Dollar and a Dream” tour in Toronto had all the makings of a disaster. If fans vying for a spot were not running a marathon down King Street West after discovering it was to take place at the unlikeliest of venues, 99 Sudbury, then they were definitely contending with the changing age restriction policies, which shifted between 19+ and All Ages three different times.

The lack of organization and the largely absent security (at least, until the police were called out on over time later) made it difficult to fend off people budding in line, which ended up becoming more of an intimate experience than the show itself with people crammed up against one another in one massive crowd that expanded, pushing the barricades out further. Approximately five thousand people waited under the blistering June sun in hopes of receiving one of the highly sought after wristbands. In the end, only four hundred attendees were given the opportunity to pay just one dollar to see the Roc Nation signed artist.

Yet all of these conditions added to the intensity of the show itself, which found J.Cole performing for just over an hour to an incredibly small crowd. Perhaps it was because everyone was conscious of how crazy this audience had to be to go through all of that for a short performance in a hot venue, or maybe it really was just because J.Cole performed a set that was all about the fans, but fans were aware that everyone else attending was just as big of a fan, many in fact being a part of Cole’s core base from when he began in 2007.

J.Cole took requests from attendees, many of whom preferred to hear older material from his mixtapes and limited releases, even though he had just released his sophomore album, Born Sinner, days before the show. It was surreal to see such a highly endorsed rapper literally have conversations with people while on stage, bring fans up to rap with him, and even forget some lyrics because the songs being requested were just that old. He later jumped into the enamored, obsessed audience to sign autographs and take photos, though he probably should have realized before doing this that this group of fans was bound to be a little intense in their efforts given how things played out earlier in the day. It was definitely a day that will go down in the books for everyone, including Cole, who played his smallest (and likely most dramatic) show in Toronto. 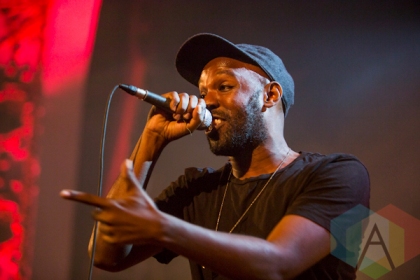 It’s always great to see an artist and an audience being equally committed to making a show the best that it can be. This is what makes a Shad performance as entertaining and fun as it is, especially when his fans are just as enthusiastic as he is about the material he shares. He performed to a sold-out crowd at The Opera House in Toronto for a set that lasted just over an hour, but given his speed and preciseness in delivery, he made it feel even longer.

Shad is a machine when it comes to churning out his material, touching upon all of his older albums several times over while performing a large majority of the songs from his latest album, Flying Colours, one of the strongest efforts to come out this past year. It was even more impressive to see how his audience maintained their energy and mood while Shad flawlessly shifted between “Stylin’”, “I Don’t Like To”, “Rose Garden”, “Yaa I Get It”, “Fe Sum Immigrins”, “Thank You”, and pretty much any other fan favourite you can think of, barely taking breaks in between each rendition.

Judging by the praises online on the rest of Shad’s Flying Colours tour, it seems like he managed to keep the depth of his stage presence and the momentum of his shows going, likely fueled by the love for what he does which is so obviously written across his face every time he performs.

July seemed like an odd time for M.I.A. to be on tour given that her much-delayed fourth album, Matangi, had yet to be released, and she did not have much new material out at the time. The fact is that her first two albums are good enough to carry her on tour for the rest of her life, if she wishes. She filled both of her previous albums, Arular and Kala with infectious dance rhythms inspired by everything from dancehall to the sounds found in temples in India and Sri Lanka, and she released them during a time when her sound was especially fresh. The parts of her setlist drawn from these albums received the biggest reaction, turning the Danforth Music Hall into one giant, sweaty, neon-lit club night, especially during throwback performances of “Bucky Done Gun”, “Galang” and “Boyz”. Even previews of her now-released songs, “Bring the Noize” and “Only 1 U” were well-received, especially in comparison to what she performed from her third album M/\Y/\.

Despite these lows, what made M.I.A. one of the best shows of 2013 was her closing performance of “Bad Girls”, which is arguably one of the best songs she has ever released to date. No one could deny the inherently confident and boss lyricism of the song or the catchy, Middle-Eastern inspired rhythms, making for the best moment of the entire night that many were sure to replay for many days to follow. 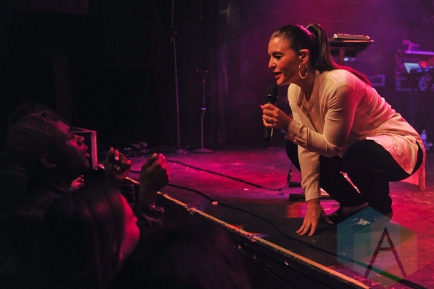 Many times when bands and artists set out on a tour, they map out how they are going to spend their time on stage, often creating a structured plan as to how they are going to guide the audience through their set. This is how Jessie Ware differentiates herself during her live show from others, as she relies on purely natural interactions with her audience members and her own personal desire to share anecdotes of her daily life to set the tone and move the evening along. This not only makes her much more personable, but it also adds another dimension to experiencing her live show, as she seamlessly moves between this sweet, tea-sipping, concerned host and this intensely emotional but empowered being whose voice alone has so much presence.

She was adorable in her quips about Rob Ford, Marmite, and her direct responses to fans lining the Phoenix Concert Theatre stage, which took place in between memorable renditions of “Taking In Water”, the sultry, cheeky “Sweet Talk” and the warm “Devotion”. Regardless of the actual venue, Jessie Ware is sure to make anyone attending her show comfortable and welcomed, the kind of host that surely deserves even more attention and appreciation than she gets.

UK-based Savages is not everyone’s cup of tea. This all-female post-punk group carries an intense sound, a direct message, and a tight sense of control in each of their songs. In a live setting, they are even more disciplined and commanding than what their album, Silence Yourself, makes them out to be, mainly because of Jehnny Beth’s firm grip on her leadership position. She rarely smiles, has little interaction with fans, but she is mesmerizing to watch, even when performing to an underwhelming number of fans as Savages did at The Opera House in Toronto this past fall. It’s rare to find a band so refined and precise in their performance this early in their career, but it’s this kind of technique, which just begs to have Savages land on everyone’s must-see list.