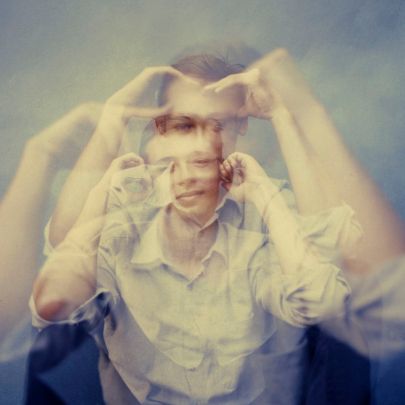 This was hands down the best show of 2013. Touch Sensitive could have headlined his own show because his music is that good, and his opening set was unbelievable. He was DJing while playing a bass and managed to make it sound great.Tokimonsta took to the stage after the crowd had been ‘vibing’ out to ‘nu-disco’ all night and immediately raised energy levels with anthems like “212” and a Versace remix that I’m still trying to Shazaam.

But this night was about Flume. His show at The Hoxton earlier in the year was a great showcase of his talent but lacked the aesthetic and visual components of this night. His unique stage setup made one feel like they were in a different world and he wielded a drum stick like a baton, commanding the crowd and making them move to his every command. Flume had the best album of 2012 with his self-titled debut and his arrival signaled the beginning of the Australian wave.

Bronsolino (aka Action Bronson) was in Toronto a day before the show but Danny Brown made us all wait. He gained entry into Canada early in the morning on the day of the show and the stage was set for a hip-hop showcase. Bronson has ridiculous stamina for a man his size as he performed most of his mixtape, Blue Chips. “Strictly for my Jeeps” sent the Danforth Music Hall into a frenzy and the Queens, New York native departed the stage after “Bird on a Wire” gave the masses goosebumps.

Danny Brown opened up with “Witit”, instantly taking the mood from an appreciation of Bronson’s lyricism, to a full-on party mode. The type of production on Brown’s songs is conducive to a live setting. Guys like Rustie, A-Trak and Purity Ring have worked with him in the past so it was no surprise that the entire venue was doing an uncoördinated jumping routine. Whether he was in the middle of “Toxic”, “Blunt after Blunt”, “Blueberry” or “Dip” – Brown was on fire that night. The adlibs, pauses and hand gestures were all organic – there weren’t any gimmicks. The night wasn’t fairly long at all and the show lasted around two hours. We hope they stay a bit longer next time.

The Mad Decent Block Party was a cultural institution this past summer as it hit up cities across North America. The event returned to Toronto in 2013 with the location being switched from Dundas Square to the beautiful Fort York. I can’t believe I made it this far without mentioning the best part of the day and the reason why it’s on this list.

Diplo’s Major Lazer and hometown boys Zeds Dead will receive plaudits but there was only one man who took what would have been a stellar show and elevated it to the next level. His name is RiFF RaFF, and he could have probably played for your local basketball team. Jody opened up for the aforementioned super groups and delivered on all fronts. He came out and immediately got into his new material, opening with “Raiders vs. Hawks”, which featured a heavy, bass-laden Lex Luger beat. He went into a good portion of his back catalogue, getting the crowd hyped up with classics like “Dolce and Gabanna” and “Rice Out”. He began to throw rice at the crowd during the latter and this lucky guy ended up catching a ziplock bag with the words ‘Riff brought the rice out’ written in marker.’

Hometown heroes Zeds Dead followed up as they delivered their usual style of electronic music, sending the hip-hop fans in the crowd into a frenzy with their trap anthem “Ratchet”. Major Lazer gave a typical Major Lazer performance, which included carnival stunts, a twerk line on the stage and Diplo running on top of the crowd in a plastic ball; so essentially business as normal, right?

The Mad Decent Block Party can hopefully come back to Toronto, bigger and better next year. They just better give RiFF RaFF more than a half-hour long set.

Baauer had an incredible 2012 and his February show in Toronto thankfully came before the “Harlem Shake” became a viral craze. However, it was Just Blaze’s presence on this bill that made this show intriguing. Just Blaze became popular as a hip-hop producer in the late ‘90s and early 2000s. He primarily worked with Jay-Z and other Roc-A-Fella rappers, who often acknowledged his production by mentioning him at some point in their respective verses.

Baauer found his footing, initially, as an electronic music producer. How would this tour play out? Would Just Blaze, someone who rarely plays live, be an adequate opener?

Of course he would.

Just Blaze completely outshone Baauer with his opening set that contained many of his old hits but also showcased a more unseen versatility that one might not normally associate with him. Trust me; there are videos on my cellphone of him switching between Freeway’s “Flipside” and Stardust’s “Music Sounds Better with You”. The fact that he was doing so on a pair of old-school turntables made it even more impressive. 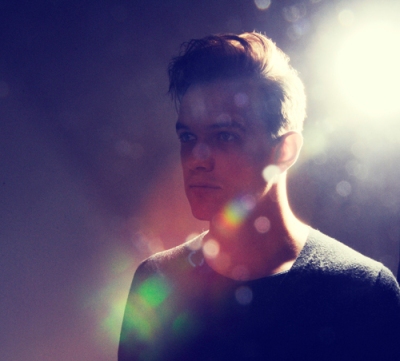 St Lucia’s show at Wrongbar was the highlight of a great NXNE. The Brooklyn, by way of South Africa, indie synth rockers came to the fore last year when they released their self-titled EP and the follow-up, When the Night, which they released shortly after his tour. They took a couple of songs to get the crowd going but that could be explained by the song choices as the set was clearly intended to start slowly and build from there. The extensive setup that lead singer Jean-Philip Grobler employed allowed for all five band members to chime in at various points. Wrongbar is one of the few great venues left in the city. It has no sign, exists in Parkdale, and is no longer the Wednesday night haven for bass music fans. It’s also barely open, which is what makes nights like this so special. When Wrongbar is packed, the music is good and the grime-filled walls shake, something special happens. St. Lucia made that happen on June 14.