After a somewhat disappointing effort in 2009 with Keep Calm and Carry On, we thought it might have been time for one of Britain’s greatest secrets, Stereophonics to hang up their boots. But instead, they’ve come back with one of their strongest albums yet and proving they are far from over.

Frontman and singer, Kelly Jones, sounds absolutely pristine. Each track offers something special, whether it’s the sweet melodies of “Indian Summer” or “Graffiti on the Train,” the classic Brit rock sound of “We Share the Same Sun,” or hard rocking “Catacomb” or folklore of “Been Caught Cheating” or the epic build up of “Violins and Tambourines”, this one stands out above all as my favourite album of the year.

You can always count on the band of brothers from Tennessee to make this list and Mechanical Bull is no exception.

Cover to cover; this one is full of gems. Songs like “Supersoaker,” “Temple,” “Rock City,” and “Family Tree” will be stationed in your head for weeks. For the full affect, take this baby on a road trip and roll those windows down.

‘Mon the Biff! Biffy Clyro’s sixth album of chaotic, yet melodic alt-rock follows the formula of their previous album and major breakthrough, Only Revolutions. This time with too many tunes to even fit on a single disc. You’ll be banging your head for over an hour, especially to tracks like “Biblical,” “Stingin’ Belle”, and “Different People”.

The pressure was on for Arcade Fire and they’re forth album after three years of anticipation and the incredible and somewhat surprising international success of The Suburbs. 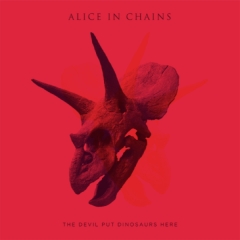 Alice In Chains have to be one of the most successful comeback bands of all time. After losing an influential singer to drugs, you’d think that it would be game over for a band. William DuVall proved that wrong when he revived the ‘90s grunge act fourteen years later.

This sophomore album together isn’t quite as impactful as their debut comeback, and it takes a little longer to get into and distinguish the songs. But when you let it grow on you, you won’t be able to get enough of it. It’s not the singles that are impressive on this one, rather it’s the little bits and pieces from each song that make it so impressive as a whole. Like the melody in “Voices”, the heavy guitar riff of “Phantom Limb”, the chorus harmony in “Low Ceiling”, and the epic bridge of “Breath on a Window”.