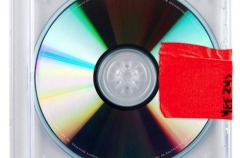 There is little to add to the conversation about Kanye West and the widely praised Yeezus, except to say that wherever he is, is where we are headed.

The sonically dense behemoth pulses with deep club electronic music, assembled into a jarringly obtuse production by Rick Rubin, with superstar liner notes from Daft Punk to RZA to Justin Vernon. But it’s West at the helm as the auteur of the work, his sneering inflections hurtling lyrical provocations that are simultaneously contrarian and contradictory, weighted in barbed heftiness and buoyant lavishness. Yet despite building a visage of impenetrability, West remarkably remains a blank canvas for writers and journalists to project their cultural reflections, serving both as fodder and sacrificial lamb for the think-piece internet culture. 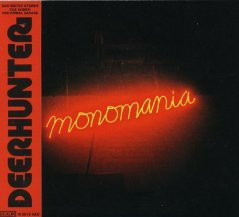 Standout song “Back to the Middle” is driven by robust guitars and gritted vocals, begetting a whimsically lackadaisical choral refrain. Cox’s spittle-inflected vocals eschew lyrical tropes ripped from pop-rock culture, specifically on the gnarled “Dream Captain”, where he snarls the Queen-derived line, “I am a poor boy from a poor family”. Fulfilling Deerhunter’s penchants for dreamy synth-pop, “The Missing” and “Sleepwalking” soar with warm synths and reverb-drenched guitars. 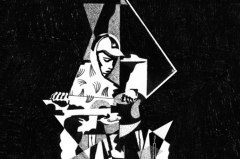 Marshall’s limber and vigorous voice ebulliently carries the burden of the spotlight, his earnest sentimentality buoying the weighted humanist and romanticist themes of embattled dejection, isolation and lingering intimacy, as on the swaying tune “Neptune Estate”. The wide-reaching album showcases the emotive capabilities of Marshall’s voice, and the scattered pacing of the album is easily overlooked given XL’s leniency for young talent fulfilled an articulated artistic vision. 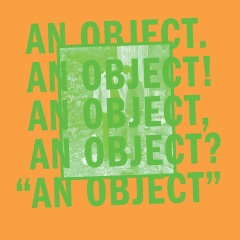 The aptly titled An Object is a truly tactile experience as the LA-based duo weave throttled guitar riffs into restless post-punk rhythms, burying implied melodies into an undulating, rugged landscape of granulated distortion and feedback, all welded into place through “perspective harmony”(a characteristic proclaimed on the burbling “An Impression”).

The 29-minute, 11-track album is analogous with experiencing an artichoke: bristled and poignant at its outset (“Lock Box”), but with repeated listens, the layers peel away to reveal substantively meaty elements (“Running from A-Go-Go”). The chugging “I Won’t Be Your Generator” showcases this potent blend, as mutated sonic strands of tonality contort and swell to resemble eruptive sparking fuseboxes. 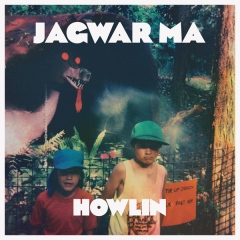 On their biggest breakthrough of the year, “The Throw”, arena-reverb drenched vocals soar over a strutting bass groove and lunging guitar thrusts, as the sub-bass and flickering hi-hat beat catapults into a squelchy synth extended section, recalling early ‘90s-era Primal Scream and Happy Mondays. The band bind their psychedelic streaks into pop-centric packages, burrowing synth and percussive accentuations into beat-rock era drums and surf-rock guitar riffs, as lead singer Gabriel Winterfield’s falsetto vocals take on doo-wop melodies on the punchy, upbeat “That Loneliness”, the jangly “Let Her Go”, and the perky “Come Save Me”, the latter unfurling into a synthy-krautrock propulsion.