The song “Dang!” embodies feelings of both vibrancy and cheer and features horns by Julliard students as well as Anderson Paak. In this song Miller explores the rather difficult terrain of misunderstanding while still allowing his creativity to flow, and because of this the song possesses the ability to light up any dance floor. 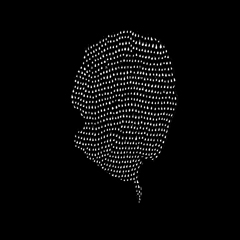 After 16 years of creating some of the most thematically deep pop and post-punk records of this generation, Brand New is finally ready to call it quits. This song is a reworked track that sounds quite similar to the original demo with British influences such as the Smiths and New Order being relevant. With the fact that the band is breaking up being a hard pill to swallow, this demo collection allows adoring fans to bask in the final days of their music.

Although DJ Khaled’s presence has been known for some years now, his popularity didn’t hit its peak until fairly recently with the creation of his snapchat account, and with that his collaborations with well-known artists like Drake have earned him a spot amongst some of the most loved celebrity figures.

Beartooth vocalist, Caleb Shomo, stated that it was “a song that promotes individuality and insecurities” and the inspiration behind the song makes listening to the music that much more enjoyable.

“Well, Everybody’s Fucking in a UFO” reminds me of the old school Rob Zombie which I happen to be a big fan of.