This album is a party starter and inspiration maker. The creative vibes that flow from his rhymes and featured singers such as Ariana Grande allow the listeners to wander into new territories of Mac Miller’s music making capabilities.

The anticipation that awaited the release of this album really allowed the fans to connect on a wider margin than ever before.

Although DJ Khaled’s presence has been known for some years now his popularity didn’t hit its peak until fairly recently with the creation of his snapchat account, and with that his collaborations with well-known artists like Drake have earned him a spot amongst some of the most loved celebrity figures. 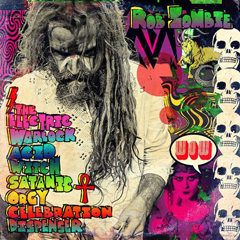 This album reminds me of the style Rob Zombie previously used in the album, Past, Present & Future, which is a style I love.