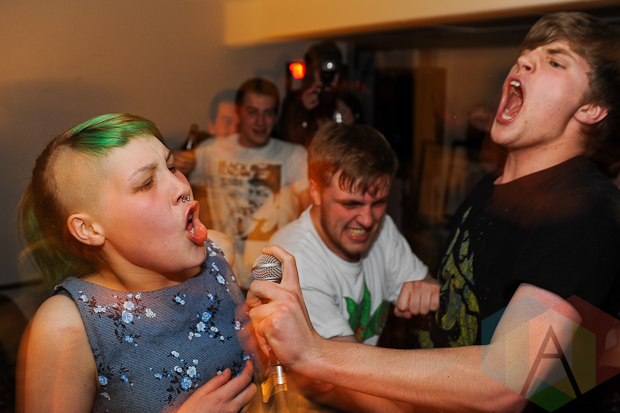 This photo represents what music should be about. Emotion, intimacy, and passion are three qualities that this photo emits and what’s most amazing was that it was taken in some Etobicoke basement.

As much as I love stadium shows, you receive a unique sense of intimacy and camaraderie with fellow music lovers at tiny shows like this one and instead of seeing hundreds of smartphones in the air trying to capture a fleeting moment, you are instead witnessing music at its bare-bones, raw and human core.

Among the hundreds of photos that I took during the Field Trip music festival, this is the one that spoke to me the most. It represents a sense of passion and pure joy and almost like a sense of triumph like despite everything, BSS came back for one last go at immortality. 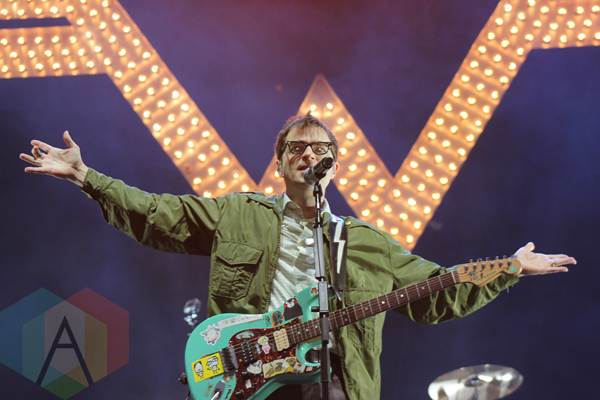 What is most striking about this photo is the composition. The way that frontman Rivers Cuomo stretches out arms out so wide and with Weezer’s =W= symbol overhead, it made for an engaging image. 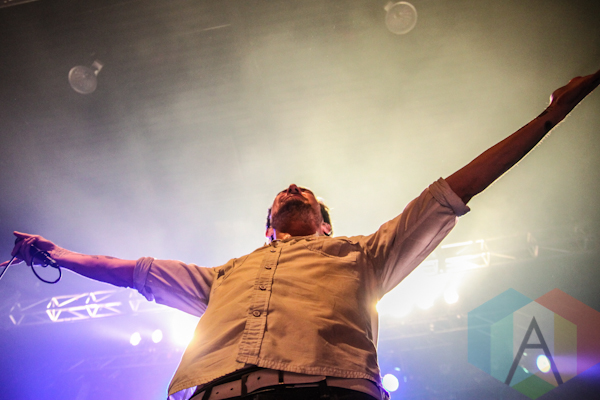 This is a beautiful photo from Frank Turner’s recent headlining gig at Sound Academy and it’s compelling on its composition alone. There’s a sense of calm, almost a sense of relief that I’m sure some artists get after a great show when you leave the stage and after spilling buckets of sweat on stage and after the adrenaline wears off, there’s a sense of relief or even euphoria from the high that the artist gets from the crowd.

Plus, and not to get biblical, but this image also looks very angelic. It could be Frank’s pose or the stage lights above him or both, but either way it looks amazing.

With this photo, you didn’t need to be at this show to know that it was wildly energetic on stage. And that is the duty of any good concert photo: it immediately tells you what the gig was like and evidently what you missed out on. The passion, energy and a little bit of recklessness is all there in one photo. If you’ve never seen The Hives live before, do it before you die.