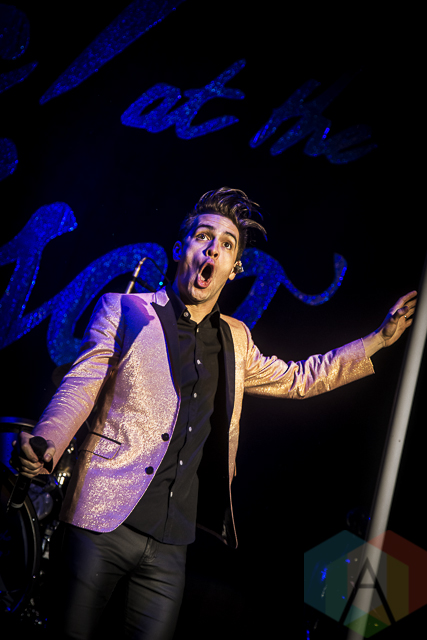 Panic! At The Disco has come a long way from the days of make-up laden faces and the “emo” alternative rock that launched their careers. What hasn’t changed, however, is their value of stage presence and showmanship, which has grown with them over the past nine years. This photo of lead singer Brendon Urie is pretty encompassing of this idea, as it finds Urie dressed in a sparkly blazer, button-down shirt and leather pants, mid-ridiculous facial expression, the kind of look and antics that has become signature to his on-stage persona. 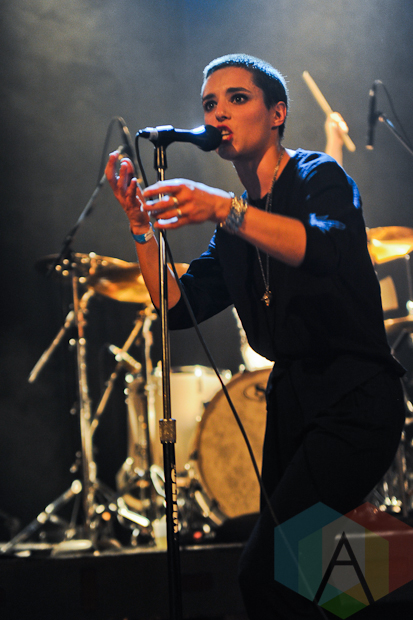 Savages’ lead singer Jehnny Beth is fearless when on stage. She embraces her role as not only a liaison for the band, but also as an influencer while performing. Instead of going off on Kanye-esque rants to explain her point, her physicality often communicates her seriousness and desire for your attention. This photo captures her intensity, her hands poised as if she is pleading with you to listen to her, her eyes focused straight ahead. Here she is gearing up to entrance those who fail to give her the time of day she commands. It’s very likely that a moment later, she moved forward to lock her expression with the audience, forcing them to heed to her messages and warnings. 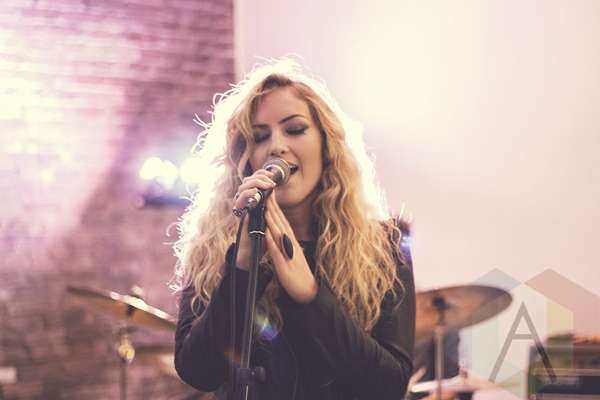 This photo captures the ethereal quality that Lyon has about her when you listen to her music. The pink tones in the background help create this light that surrounds her as she sings her new material from Indian Summer, the title song of which has an infectious bass line and a lightly painted chorus that makes you feel like you are floating. Here, Lyon is recreating that feeling, and just like her listeners, completely entranced with the moment. 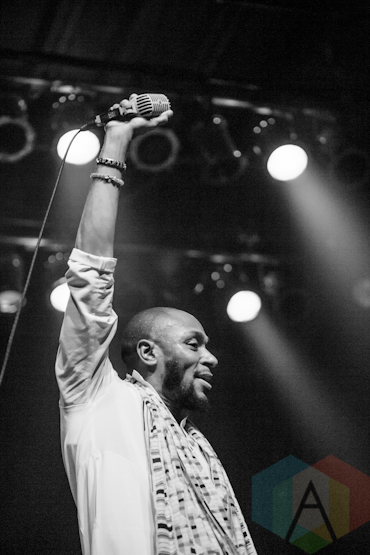 Yasiin Bey (aka Mos Def) is a part of a generation of rappers that is known for their social and political centric lyricism, an outlook that translated into many of his activities outside of music and acting. This photo sort of plays on the very traditional image of a leader rallying in protest, with Bey’s hand on the mic held high in the air. It’s also symbolic for his fans, who reveres his music as a set of truths, and represents his ability to embrace that role as an individual who influences others by sharing his ideas. 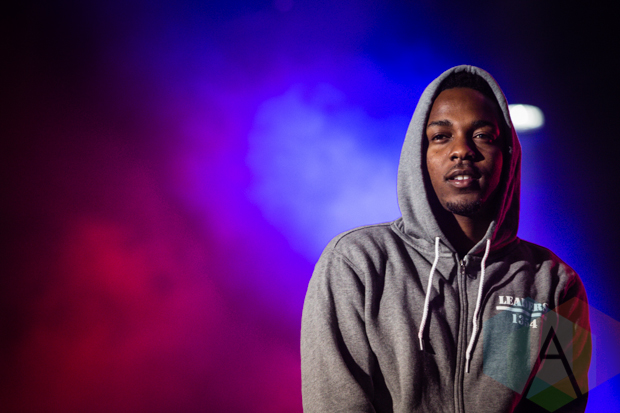 Kendrick Lamar is kind of like that kid in the back of the class who ends up surprising everyone. Like this photo, he is seemingly unknowing, quiet, but when he has the spotlight, he makes the most of it. Although Lamar continued to enjoy the success he reaped from his 2012 debut album, good kid, m.A.A.d. city in 2013, he kept eyes focused on him by delivering jaw-dropping verses on Big Sean’s “Control” and Pusha T’s “Nosetalgia”, making him stand out even more than he already did. It’s likely that moments after this photo was taken, Lamar maximized his time on stage to blow his audience members away.