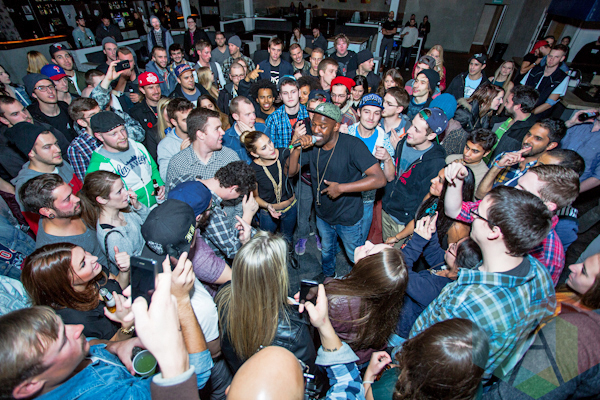 Hold on; is that Shad rapping in the middle of a circle? I thought this was supposed to be a show! Look at the crowd’s faces. Nobody’s going wild or being caught mid-twerk. They’re standing still, smiling, almost in a state of trance (sorry, Armin van Buuren). That level of appreciation – of respect to one’s craft – isn’t seen much in the ‘rage’ culture currently dominating live music. Appreciate it when it happens.

This shot encapsulates that night perfectly. Brown got into Canada, he saw, and he sure as hell conquered.

Donald Glover (aka Childish Gambino) had an impromptu listening session for his new album, Because the Internet, on a brisk fall evening in October. There weren’t many people in attendance and he took questions from the audience after. He kept referencing how surprised he was that so many people showed up and gave thanks to the crowd afterwards. This photo has him looking like he’s in awe of the attendants and their passion for his music and presence. It was of the most random days of the year, in a good way.

I wasn’t there but this photo sure makes me regret that decision. The energy, the lighting and the fact that they actually brought back a classic hip-hop group on their 20th anniversary makes this a powerful photo. 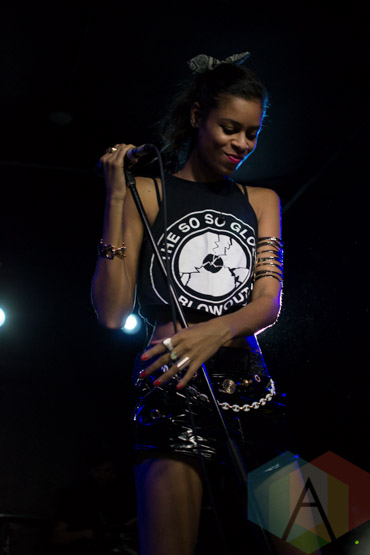 The BBC Sound of 2013 runners-up brand of electronica and R&B was appreciated by the masses this year. Aluna has this demeanor as a singer. She’s fierce, strong-willed but delicate, and above all, sexy. This photo just captures her being her. There’s nothing else to say.