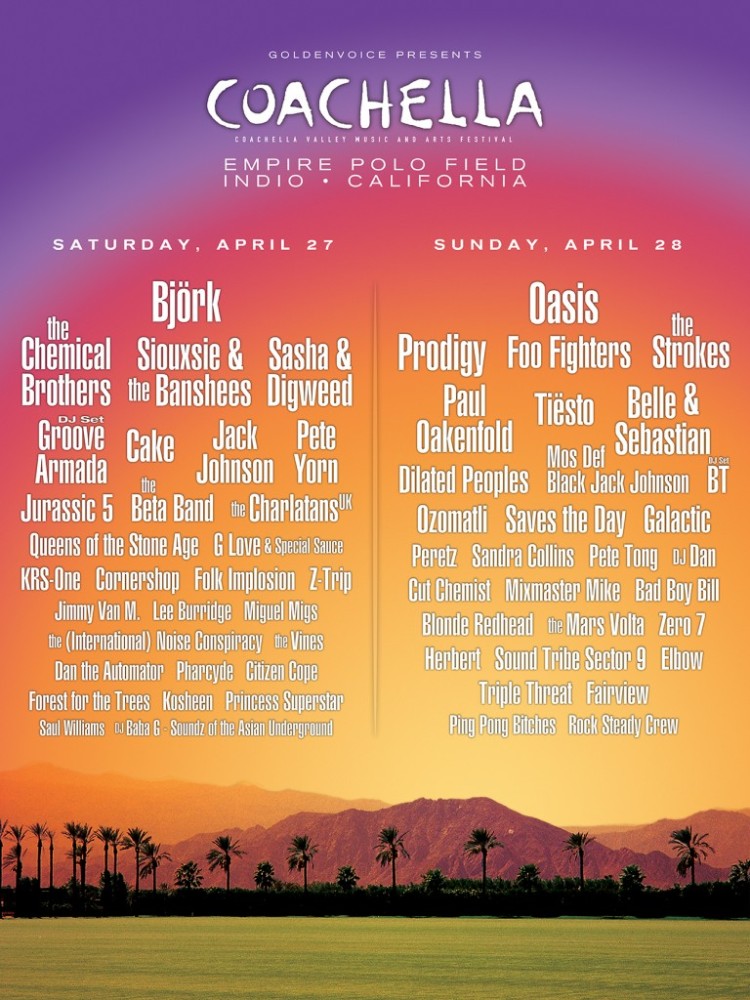 Considering this was only Coachella’s second iteration, it’s easy to see how it dominated not just the North American landscape, but also the world. Still only at two nights, every act on the bill counted, with sets from The Prodigy, Foo Fighters, Oasis, Bjork and a quickly-taking-over-the-world Strokes. If nothing else, this was a lineup that proved Coachella could out-festival all the European fests.