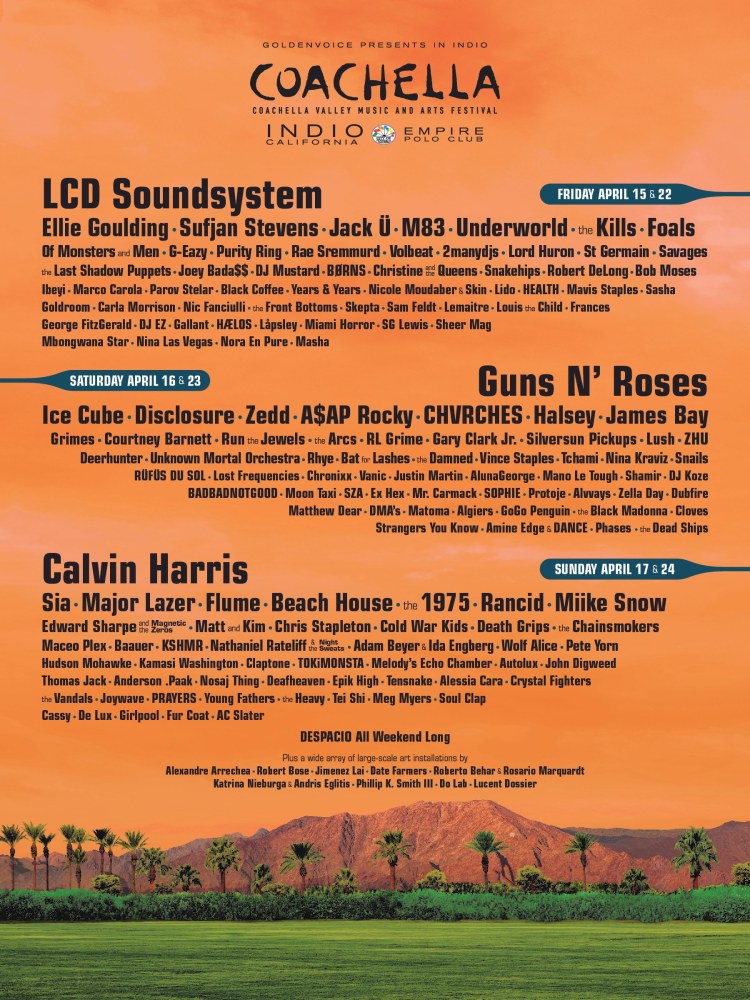 In 2016, Axl and Slash finally patched up their toxic bullshit long enough to make gobs of money. Hallelujah. Coachella is where all that stutf kicks off (or doesn’t if recent history repeats itself). But beyond that gargantuan story, Coachella 2016 sees the mighty return of LCD Soundsystem, explosive sets from Wolf Alice, Courtney Barnett, the Foals and Run the Jewels (whose 2015 set brought the house down) and a mellow, sundown set from Sufjan Stevens. 2016 also provides a history lesson in EDM with vets like Underworld and St. Germain. GNR hype aside, this is a great lineup.